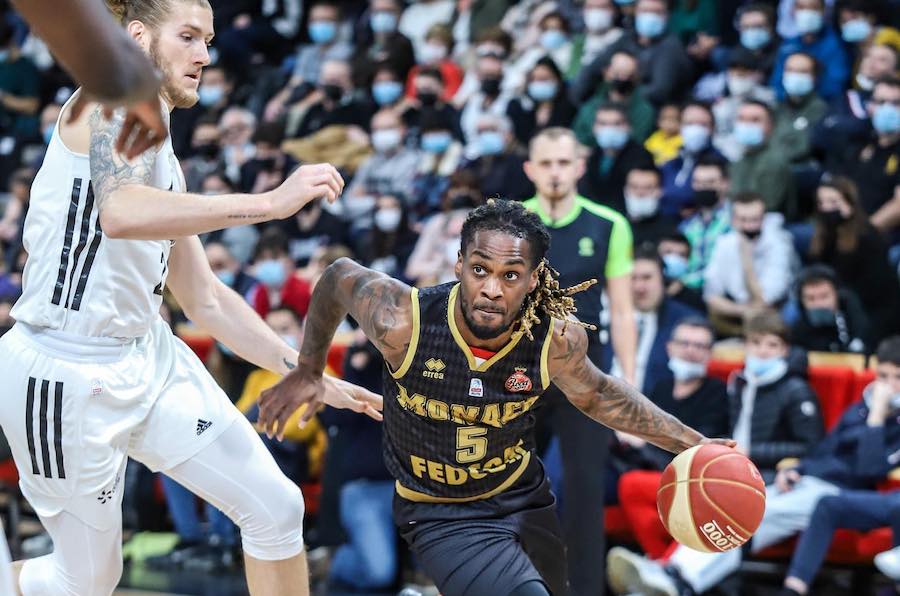 Whether born out of mental fragility or physical fatigue, the result remains the same. After disheartening, energy-sapping overtime defeats against Real Madrid and then Boulogne-Levallois, just days later Monaco once again found themselves in an all-too-familiar scenario at the Astroballe in Lyon, with an all-too-familiar ending.

Momentum was with the Principality side, having clawed their way back into a fixture that looked beyond their grasp. As they did against Real Madrid, Monaco matched their opponents in the first overtime (8-8), before running out of steam in the second (15-7).

Whilst the defeat against Zalgiris in midweek inflicted material damage to their play-off aspirations, Sunday’s defeat leaves a more mental scar, truly marking an end to the side’s recent run of form. Re-building the momentum that saw Monaco reach the play-off places in the Euroleague, and consolidate their second place in the Betclic Elite is now the priority for Sasa Obradovic.

Although the victory for Lyon-Villeurbanne sees them leapfrog their most recent opponents, Monaco are still in a strong position to reach the play-offs in the Betclic Elite, but must quickly re-find the golden-touch that saw them win 10 of their previous 13 games prior to the Zalgiris defeat.

The image of Mike James, ball-in-hand, seconds left on the clock, and with the ability to win the game has become commonplace in the Roca Team’s recent history. This scenario played out once again, the American point-guard failing in his attempt to win the game on-the-buzzer in the first overtime. The match could, and perhaps should, have already been decided, but Monaco’s profligacy from the free-throw line kept their opponents in the game (seven missed).

Earlier, James’ heroics allowed Monaco to take Lyon to overtime, a three-pointer and then an assist for Alpha Diallo with only 0.3 seconds left on the clock closed the 6-point gap to level the scores (64-64).

The late drama proceeded a topsy-turvy tie in which Monaco unpredictably oscillated between moments of brilliance and farce with alarming frequency. Their pitiful yield in the first-quarter (14-7), followed by a strong second-quarter, which gave rise to false illusions of dominance (25-29). Just as quickly as they had forged a lead, it was once again ceded in the third-quarter (47-42), before the late drama settled the game in favour of the home side.

James’ 23 point haul, and 15 points from Will Thomas weren’t enough to see Monaco over the line. The Principality side now take a break from league competitions, as they welcome Le Mans to the Salle Gaston Medecin in the French Basketball Cup on Wednesday. 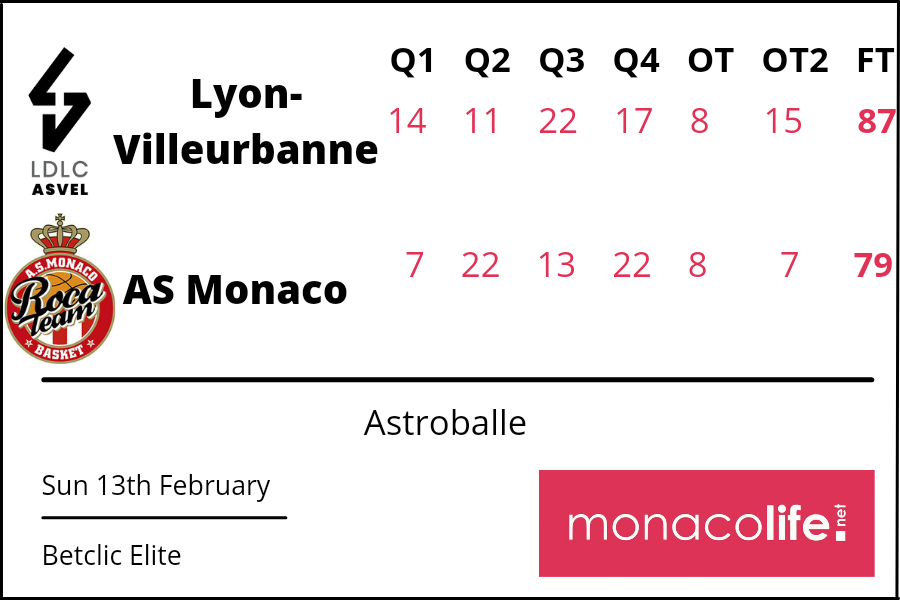