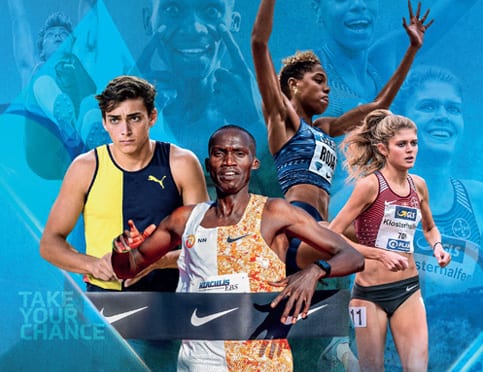 Organisers of the upcoming Herculis EBS have announced several more Olympic and world medallists have confirmed their presence at the Stade Louis II in Monaco next month.

World-class athletes from around the world are coming together on Friday, 14th August for the 2020 edition of the Herculis EBS.

France will have a large presence in the games with nine athletes on the track and field participating in this major event. Jimmy Gressier will be running the 5,000m mens. Current French record-holder Liv Westphal will strut her stuff for the 5,000m women’s event. Djilali Bedrani will be racing the 3,000m steeplechase, while Alex Miellet will run the 1,500m and Christophe Lemaitre will take on the 200m sprint. Hurdlers Pascal Martinot-Lagarde and Wilhem Belocian will take on the 100m hurdle, whilst Ludvy Vaillant goes for the 400m hurdle. Finally, Valentin Lavillenie will represent France in the pole vault.

Newcomers to the games include two-time World Champion and European record holder in the 400m hurdle, while Karsten Warholm will try to best his own time from last year in the 300m hurdles as well as in the 400m.

Timothy Cheruiyot, World champion and double winner in Monaco, will be on the starting line where he will meet the brothers Jakob and Filip Ingebrgisten, with his heart set on remaining undefeated in Monaco for the men’s 1,500m.

Ukraine will be represented at the high jump with the junior world record holder Yaroslava Mahuchikh (2m04 in 2019) alongside her compatriot Yuliya Levchenko (2m02 in 2019). They will face the world heptathlon champion Katerina Johnson-Thompson (1m98 in 2016).

Tickets are €10 and are limited to 500 total due to the health regulations in place. They will be on sale at the ticket office at Stade Louis II from 27th July or online at www.herculis.com