BerinArt, Grimaldi Forum Monaco and the Grand Moscow Classical State Ballet of Natalia Kasatkina and Vladimir Vasilyov will present the enchanting ballet production of “The Nutcracker” by P.I.Tchaikovsky.

The show will take place between 28th and 30th December.

Being one of the most popular ballets in the world, The Nutcracker version created by The Moscow Classical State Ballet is a colourful and beautiful masterpiece that celebrates music, authentic choreography and festive atmosphere of the winter season.

This outstanding, magical performance would definitely engage both children and adults.

The current production preserved the famous choreography by Vasily Vainonen, featuring the dance of the dolls, Waltz of the Snowflakes, the Flower Waltz, and the Grand Pas de Deux performed by the main characters.

By contrast, the first act has undergone a complete adaptation in a new version by Natalia Kasatkina and Vladimir Vasilyov. It includes the procession of the guests along the city streets blanketed with snow, merry turmoil under the Christmas-tree, young people running around and reserved joyance of the older generation. 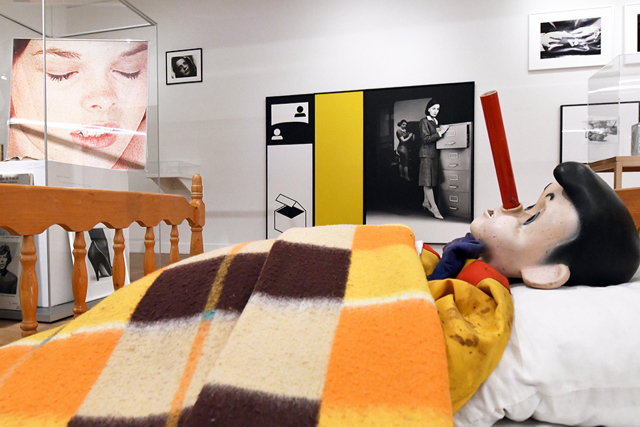 Photo: © Manuel Vitali/Direction de la Communication[/caption] "Poïpoï", a private collection of two Monaco-based collectors and their “pioneer spirit of decipherment”, opened Friday at New National Museum of Monaco’s Villa Sauber. The challenge of this exhibition, which runs until April 30, was to conceptualise within the museum walls the collection of art that surrounded F and J Merino on a daily basis in their Monaco apartment. According to the curator, the curiosity of F and J Merino’s encounters with Nice-based artists during the 1960s would encourage them to develop an interest in contemporary art, which quickly became a passion, yet they kept their distance from the art world. FM became food critic for Gault & Millau and JM was responsible for the Public Relations of the Société des Bains de Mer. In the early 1980s, they “plunged back into the contemporary art world”, focusing on American appropriationist photography (Richard Prince, Louise Lawler, Cindy Sherman) and the following decade, they hung out with a group from the Grenoble School of Fine Arts: Dominique Gonzales-Foerster, Philippe Parreno, Pierre Joseph, now major names in the international art scene. F and J Merino’s apartment in Monaco was a meeting place – the walls painted by Stéphane Dafflon, projects by Liam Gillick, Carsten Höller, and Franz West – and their collection included a large number of internationally renowned artists: Arman, Fischli &Weiss, Andreas Gursky, Georg Herold, Ann Veronica Janssens, Paul McCarthy, Philippe Parreno, Raymond Pettibon, Jim Shaw, and Shimabuku, all of which can be seen at Villa Sauber. The "Poïpoï" exhibition (€6) is open daily from 10 am to 6 pm (free on Sundays).

‘Grace Kelly, from Hollywood to Monaco’ …...