Mush Foods founder Shalom Daniel: “Eat the meat you like, just cut it by half”

Mush Foods founder Shalom Daniel: “Eat the meat you like, just cut it by half” 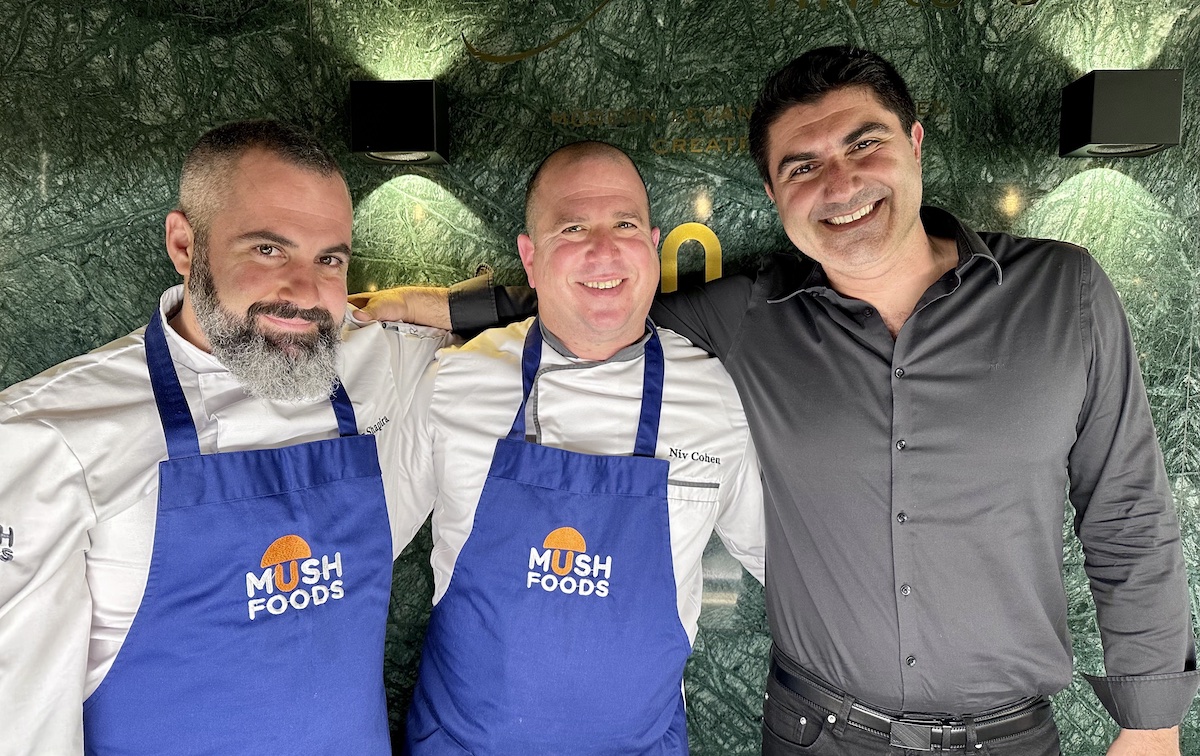 In the global race to find sustainable eating solutions, the food tech industry is exploding with innovative, natural alternatives. Among them is Mush Foods, an Israeli-based start-up that plans to revolutionise how we think of, and consume, food by cutting 50% of our meat intake.

The world’s population is growing at an alarming rate. On 15th November 2022, we hit the milestone figure of eight billion people. To put that into perspective, the number of humans on the planet grows by the equivalent of the population of Paris every 10 days.

“If we keep consuming like the average American or European consumer, we will need four planet earths,” Edwin van Raalte, Global Head of Food Tech at White Castle Partners, told Monaco Life. “That’s not going to work. So, we really need to find ways of creating better food production in a more environmentally friendly way. But it always starts with the customer – it must give a balance to nutrition and taste, while at the same time reducing impacts on the environment.”

White Castle Partners, a start-up acceleration firm headquartered in Monaco, recently hosted a food tasting at Komo restaurant in the Condamine district, not far from Port Hercule. Shalom Daniel, Founder and CEO of Mush Foods, was there with his two chefs to showcase how we can cut 50% of meat consumption without compromising on flavour, texture or nutrition.

“Why do people want regular meat? Because it is tastier and it is nutritious,” Shalom Daniel told me before the tasting. “We say, keep the meat that you like to eat, just cut it by half.”

In place of the other half of the meat is a natural product called mycelium.

But in the case of Mush Foods, it is used in cooking to be blended with minced meat.

Mush Foods is a one-and-a-half-year-old start-up out of Israel. Shalom Daniel, a Harvard Business School graduate, was formerly the global brand director of food giant Unilever. He wanted to have more of an impact on the world, so he started his own company and discovered mycelium, the “roots” of mushrooms.

“The mushrooms that we know are only 5-6% of the total organism,” explained Shalom Daniel. “The reason why you don’t call it the root of a mushroom is because mushrooms are not plants. But they are not animals either, they are a third kingdom, right in the middle. This organism is closer to us than it is to plants.”

More than 95% of the mushroom organism grows beneath the surface. Once mycelium reaches above ground, the pressure of oxygen and light turns it into the mushroom that we know and love today. But mycelium has all the same nutrients, the same taste, the same protein and amino acids. The problem has always been the harvesting.

“But with our technology we can grow mycelium above ground,” says Daniel. “We are utilising 70-75% of this total organism. We are also collecting waste from the food industry – coffee, soy, beer – and we are growing mycelium in it in vertical farms. So, it is very efficient on a number of levels, because we also don’t need light or oxygen.”

In its raw form, mycelium looks very much like mushroom. The genius in Mush Foods is that it combines different species together in order to get the specific aroma, texture and taste of different meats.

So, how does it stack up? Of the entire 50% Cut menu that we tried, there was a unanimous opinion that everything was incredibly close to resembling 100% meat. Even the beef burger, a culinary legend, was a hit.

And that’s the key. Mush Foods is not intended for vegans. It satisfies carnivores while being kinder to the planet.

“We could sell it to companies like Beyond Meat to replace the soy and processed products that are not very tasty. But we decided to focus on the meat industry,” explained Daniel. “We want to reduce high amounts of meat within meat products, instead of trying to make people become vegan or vegetarian.”

Even cutting 50% of meat production would have an enormous impact.

The raising and culling of animals for food, particularly beef, is a major contributor to climate change, responsible for huge greenhouse gas emissions – more than 14% of the total according to the UN’s Food and Agricultural Organisation – as well as land clearing for grazing and feeding. Meat production has expanded to the point where there are now three chickens for every human on the planet.

Scientists have consistently stressed that if dangerous global heating is to be avoided, a major rethink of eating habits and farming practices is required.

There are also the health benefits. Cutting out 50% of the meat also means slashing by half the amount of saturated fats and cholesterol, as well as calories, in a meal.

The food tech industry is booming as increasing awareness among the health-conscious population drives demand for healthier foods. The global food tech market size was USD 220 billion in 2019. By 2027, the figure is expected to reach USD 342 billion.

“Food tech is basically the Tesla of the future in the food world, so from an investment perspective, it is a great opportunity,” said Edwin van Raalte. “What we are trying to do at White Castle is to say, capital is of course something everyone thinks about in Monaco, but it is everything around that capital – capability, capacity, finding the leading companies in the food tech space that are really making an impact. There a lot of plant-based companies in the world, but who are the leading ones that are really making a difference, with true purpose, but at the same time also have an economic outlook for an investor? And finding those companies who understand that in America, food might be fuel, but in France, food is emotion, for the heart.”

In less than two years of creation, Mush Foods has established a facility in Israel and is about to build a new facility in the United States, where food regulation is less strict than in Europe. In about a year, once regulation hurdles are cleared, Shalom Daniel anticipates opening facilities here in Europe. His marketing strategy is to target restaurants and fast-food joints, selling the price benefits of mycelium over meat while satisfying a growing demand from health and planet-conscious consumers.