Musical: Around the World in 80 Days

Musical: Around the World in 80 Days 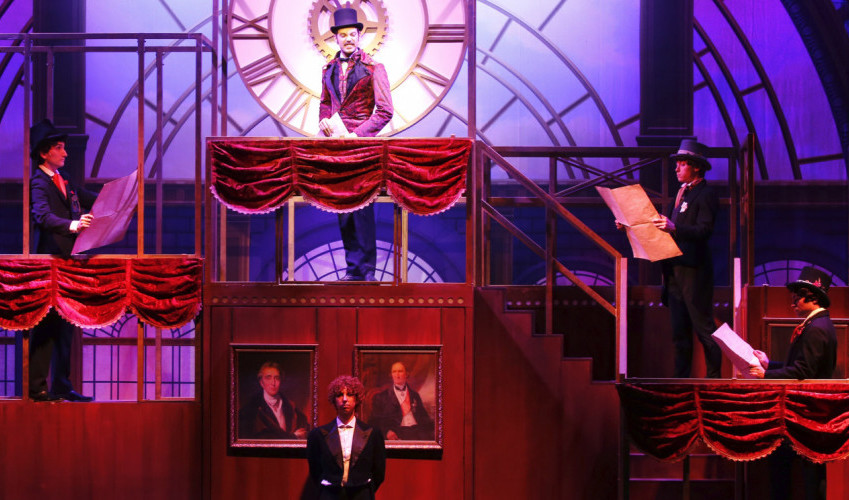 The Grimaldi Forum will be hosting a musical version of Jules Verne’s masterpiece Around The World in 80 days this weekend.

Bring the family on a trip to the edge of the world with this new show from the creators of the Molières-nominated musical The Adventures of Tom Sawyer.

Phileas Fogg is a secretive, phlegmatic gentleman who lives his life with near-mathematical precision. He spends much of his time at the Reform Club playing cards and discussing various matters with the other gentlemen of the club. One day, during a discussion, Fogg announces that it is now possible to go around the world in 80 days. Sir Thomas Flanagan, his lifelong rival, challenges him to fulfill this promise. He secretly hopes to humiliate and discredit Fogg in the eyes of his colleagues and thus be able to become the head of the Reform Club, a position that the two men are fighting over.

Fogg, known for never having left the country (or even London for that matter), nevertheless seems sure of himself and takes up the challenge, putting almost his entire fortune at stake in this crazy gamble. From London to New York via Bombay and Hong Kong, the gentleman and his new French servant Passepartout set off on an adventure that will be strewn with pitfalls.

The performance, in French, is at the Salle des Princes, Grimaldi Forum, on Saturday 3rd December at 7.30pm and Sunday 4th December at 2.30pm. The show runs for two hours and 10 minutes, including a 15-minute intermission. Tickets start at €31.

See the preview below…