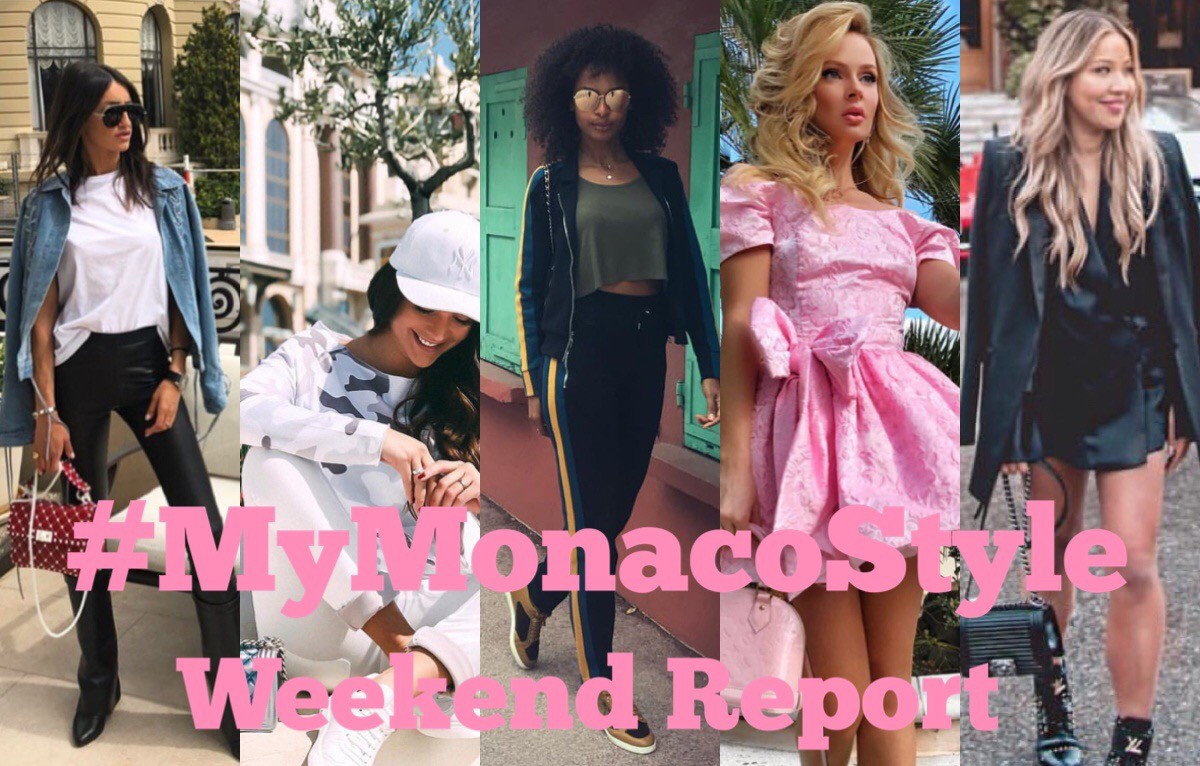 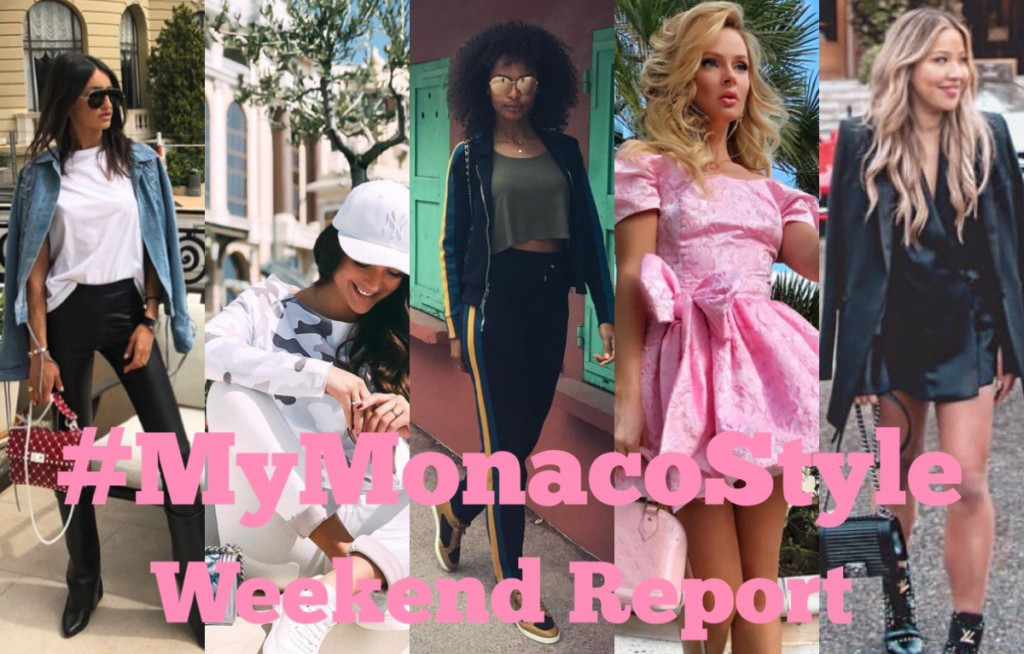 Happy Monday my wonderful Premium subscribers and fashion mavens. While no doubt the most fashionable place to be at the moment is Cannes, there’s still plenty of not to be missed fashion moments happening in the Principality. So join me as we drool over these latest looks straight from the mean streets of Monte Carlo. 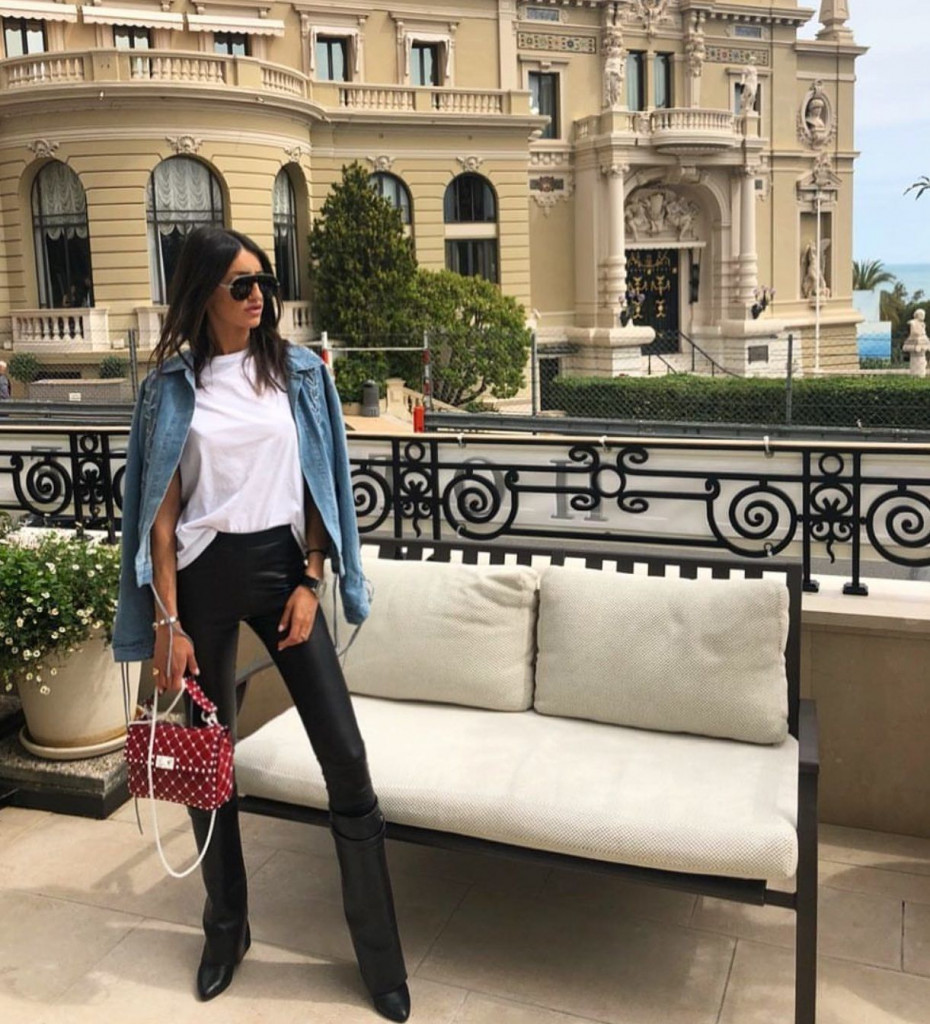 @imgiuliacocola Freelance model Giulia is giving us a lesson in how to utilise key luxury basics and look like a bad-ass. Is there anything more rock’n’roll than a pair of skin tight leather pants? Pair them with Givenchy’s iconic shark tooth lock boots in black leather to give the illusion of elongation of the legs so you too can look like a free lance model. A simple white t-shirt will give you that off duty model vibe with a denim jacket just so casually draped over the shoulders (fashion people don’t actually put their arms through).

This brunette beauty is red hot with her Valentino rock-stud spike chain bag. No time for haters though, she can’t even see them from behind a pair of Dior Dio(r)Evolution sunglasses. Giulia, I’ve never said this before but you have elevated being basic to an artform … in a good way, of course. 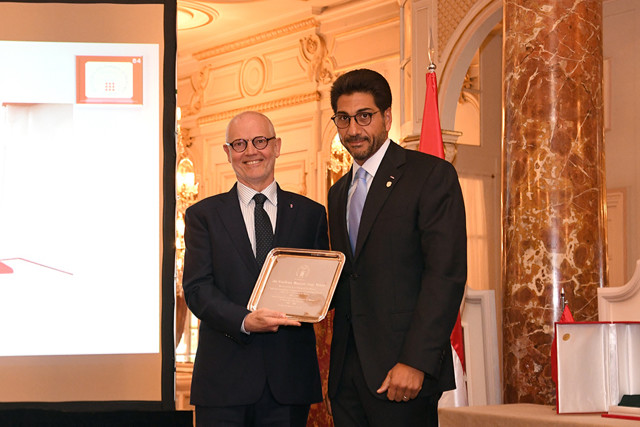 Serge Telle, Minister of State and Moustapha El-Solh Honorary Consul of Lebanon, President of ACHM. Photo: © Manuel Vitali/Communication Directorate[/caption] The Association of Honorary Consuls of Monaco (ACHM) has held its General Assembly in the presence of HE Serge Telle, Minister of State. Also present were HE Philippe Narmino, Director of Judicial Services, Lieutenant-Colonel Laurent Soler, Chamberlain of HSH the Sovereign Prince, Isabelle Rosabrunetto, Director General of the Department of External Relations and Cooperation representing the Minister for Foreign Affairs and Cooperation, Ambassadors of France, Italy and the Order of Malta, and many other personalities. On this occasion, Minister Telle was appointed an Honorary Member of the Association, as well as Panayotis Touliatos, Jacques Orecchia and Laurent Wasteels, former Honorary Consuls and members of the ACHM. The event closed with a lecture by Agnès Von Der Mühll on the theme "The Vienna Convention, Diplomatic and Consular Rights and Duties." The ACHM was created in 2003 under the leadership of Prince Rainier III, with the objective of federating the foreign consular corps accredited in Monaco and facilitating the integration of new Honorary Consuls when they were appointed to the Principality. The Association currently has 80 honorary consuls, and Moustapha El-Solh, President of ACHM, is the Honorary Consul of Lebanon.