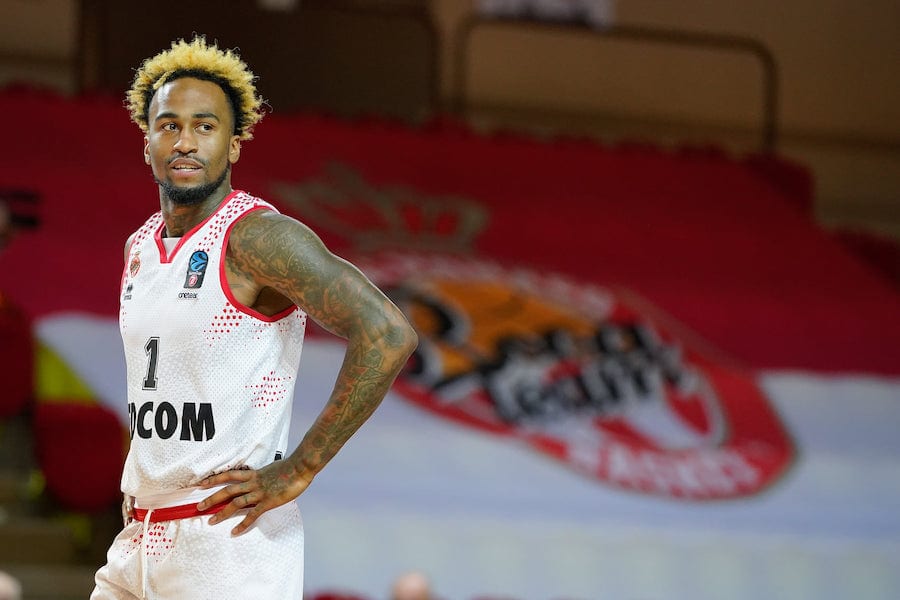 AS Monaco Basketball scraped through to secure a 66 to 64 win against Andorra in a Euro Cup match played on their home turf, sending both teams to the to the next round qualifiers.

In a too-close-for-comfort match against Andorra at Salle Gaston Médecin on Tuesday, the Roca Team eeked out a 66-64 win, sending both teams to the next round of the Euro Cup qualifiers with Monaco in third place and Andorra in fourth in their division.

It was not Monaco’s most consistent match, but they did the job in the end with the winning shot made with eight seconds left on the clock by Mathias Lessort.

Monaco made 24 shots out of 53 attempts, with five out of 16 three pointers converted. They had a massive 33 rebounds, with Will Yeguete taking nine on his own.

Yohan Choupas was the surprise of the night, scoring 12 points to break his former game record of seven. High scorer was Marcos Knight who earned his team 16 points. Darral Willis scored 11, and Captain Dee Bost and Will Yeguete tied with seven points each.

“It was more of a friendly match, but we won it and ended the year in a good way,” said Coach Zvezdan Mitrovic. “Now it’s time for the next round now, the Top 16. Yohan Choupas had more playing time in the last three European matches, he used his minutes well and played very well this Tuesday night. He is a young player who is improving game after game.”

With six wins and four losses in the Euro Cup regular season, the Roca Team finished with the same record as last year in the first round and are headed for the Top 16 in a pool comprised of Nanterre, Malaga and either Badalone or Bourg-en-Bresse.