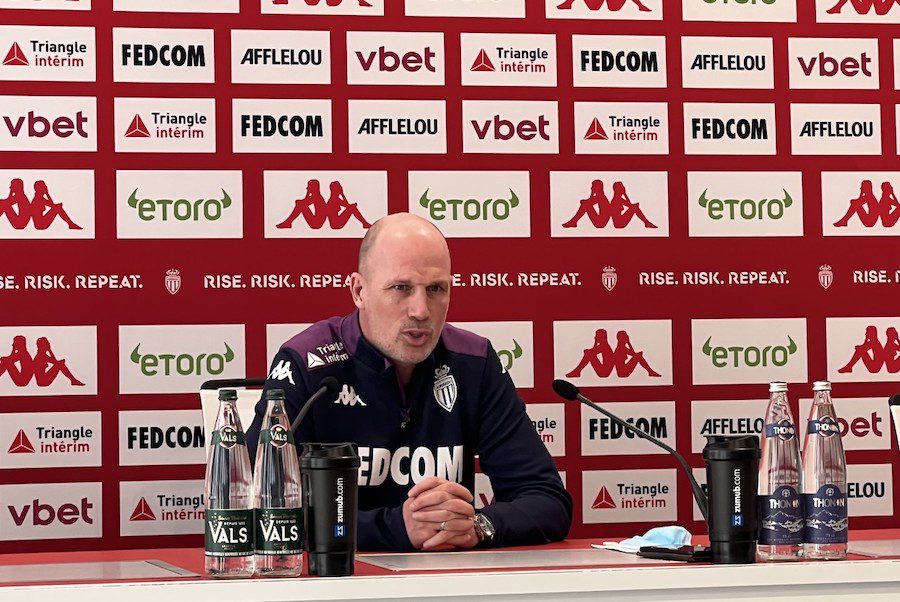 Philippe Clement’s first match as AS Monaco coach comes on Sunday in Nantes. Following his introduction as manager on Wednesday, the Belgian once again faced the media on Friday.

Clement’s preparation for his first match has been far from ideal. Last week saw seven players ruled out with Covid, and they have gradually re-started training this week. Many first-team players are therefore at different phases in their rehabilitation.

Clement told Monaco Life that he couldn’t say how many players he would be without for the fixture. “I honestly can’t say at the moment. I hope that as many of them are back as quickly as possible, but I can’t say for now.” Monaco Life was present at the training centre on Friday and can confirm that first-string players Benoit Badiashile, Sofiane Diop and Jean Lucas all trained on Friday.

Aleksandr Golovin and Myron Boadu were present at the morning session, but were not involved with group training, whilst Axel Disasi and Youssouf Fofana had their own training session in the afternoon. Captain Wissam Ben Yedder was also absent, as Clement added that some players were suffering from little niggles.

It remains to be seen who will be fit in time for the match, but Clement wanted to focus on his job, saying, “I want to control the controllable.” He told Monaco life that this could mean giving the chance to some of the more youthful members of the squad. “There is a lot of young talent here, within the core group and also within the second team. This week we were without many core players, so because of that there is a possibility for the younger players.”

A win for Nantes would put them above Monaco in the Ligue 1 table, and they coming into the fixture in good form, having won their last five games in all competition, keeping four clean sheets in the process. They will, however, be without Wylan Cyprien and Moses Simon for the fixture, both of whom have been crucial to their recent run of form.

Clement will be hoping that, despite a short and disrupted preparation, he can get his reign off to a successful start at the Beaujoire Stadium on Sunday.