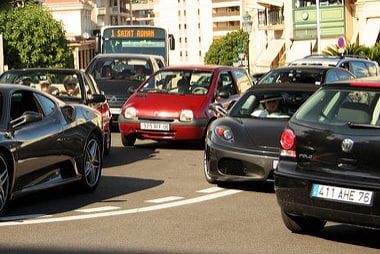 Monaco’s elected body, the National Council, has written to the Minister of State with proposals that would improve the lives of the local population, according to its president, Stephane Valeri.

Top of the list are concerns over traffic and construction nuisance. The Council said that conditions are serious enough for some residents to consider leaving the Principality, or deciding not to move here. The letter said that the Council has specific proposals.

One of these is the introduction of a traffic brigade, which would function in addition to the public security service. The brigade would help optimise traffic flow and intervene in the event of traffic jams. The Council also proposes a better and less expensive bus service, with more frequent schedules.

The letter also takes issue with the disruption caused by major events, including the Monaco Yacht Show, the Grand Prix, and Top Marques. In particular, the super car show should not coincide with the Tennis Open, to alleviate traffic and congestion, the Council says.

Beyond such relatively minor adjustments, and with the unreliable train service in mind, the Council also proposes the establishment of a boat service linking Menton, Monaco and Nice.

The nuisance caused by the many building sites in the Principality could be reduced by installing double glazing in homes near the sites, the Council says, adding that more inspectors should be recruited to check that existing regulations are being respected.

Local News Staff Writer - September 27, 2017
Thursday 2 November, 8.30 pm, Variety Theatre All the Art of the Cinema – Screening of Jean Rouch’s film Hunting the Lion with Bow and Arrow, organised by the Audiovisual Archives of Monaco. Information: +377 97 98 43 26

Local News Cassandra Tanti - May 25, 2020
Monaco’s primary students made their return to school on Monday, the final group to do so in the government’s three-phase plan to lift the lockdown.