Stéphane Valeri, President of the National Council, on Monday, May 7, signed a Charter of Commitment to the National Pact for Energy Transition, in the name of the High Assembly of the Principality in the presence of Marie-Pierre Gramaglia, Minister of Public Works, Environment and Urban Development. The objective is to commit to a decarbonated Monaco.

The National Pact, set up last January, aims to engage the those living and working in Monaco in order to reach the objectives of reducing greenhouse gas emissions, set at a reduction of 50 percent in 2030 compared to 1990, and to carbon neutrality in 2050.
The three priorities are mobility, waste and energy. There are also a dozen sectoral action plans – for institutions, individuals, hotels, businesses, developers, architects, industries – that have mandatory minimums in terms of avoiding greenhouse gas emissions.

Prince Albert, followed by his Government, were the first signatories of the National Pact, which now has nearly 400 adherents.

For more information on the pact, see the website.

One of the Principality’s most frequented food shops, the Casino supermarket on 1er, will be open 24 hours a day until January 8. The service started on December 26. Such round-the-clock opening times are more usual in countries such as the UK and US. French supermarket chains have not been able to follow suit so easily, largely due to trade union and state restrictions on working hours. The supermarket chain says that the special opening hours are aimed at offering tourists and visitors the same level of service they find at home. 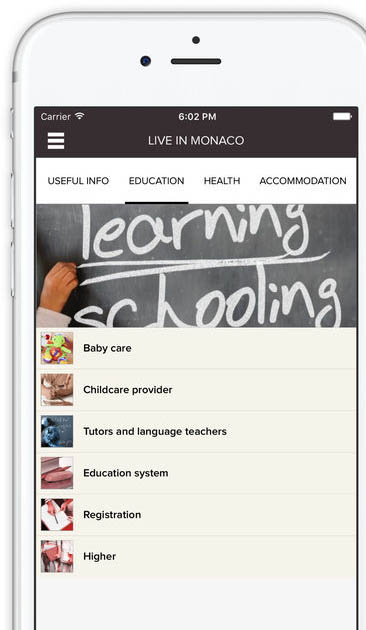 Based on a proposal of the Strategic Council for Attractiveness (CSA), the government decided to create an app for Smartphone and tablets to promote the Principality. Modern, multifunctional and user friendly, the application is intended for everyone but especially future or new residents, investors and journalists. Its content covers all the mainstays of Monegasque life, showing the Principality as a preferred destination for both quality of life and business. As a practical guide reaching an international audience – it’s available in English, French and Italian – subjects include the economy, environment, art and culture, as well as practical information like health, the system school, sports and community living. The “Monaco Welcome” app is free at GooglePlay and the App Store.