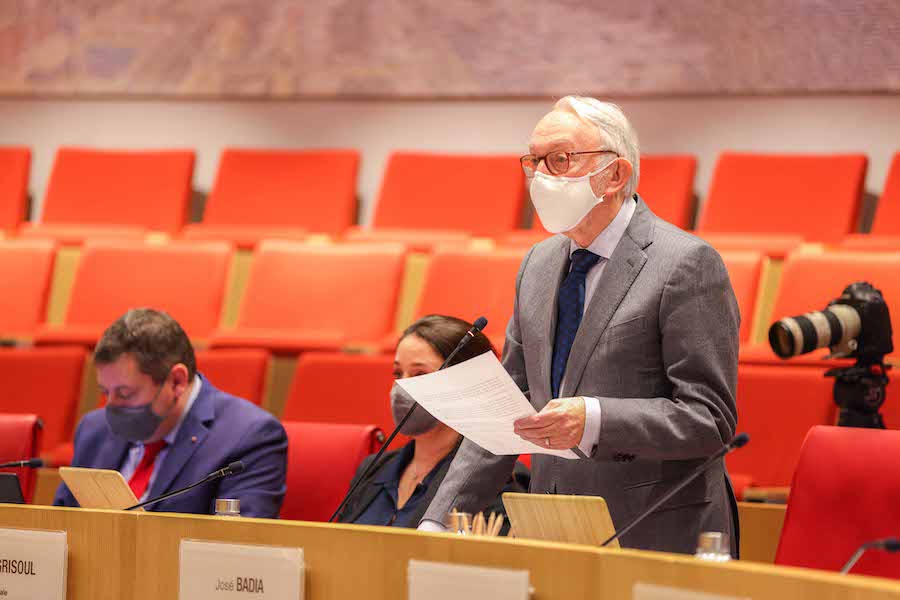 Crypto currencies are the wave of the future according to many and Monaco is certainly open to riding that wave, but with provisions to ensure legality in all arenas.

This is what came from the National Council’s last meeting of the year where amendments to the financial activities law was top on the agenda.

The proposed law aims to modernise certain provisions of the law but, above all, that it “meets the criteria and objectives required for the membership of the Financial Activities Control Commission (CCAF) to become an ordinary member of the IOSCO, the International Organization of Securities Commissions”, said Councilman José Badia, which brings together the regulators of financial organisations and the main stock exchanges in the world.

The CCAF has been an associate member since January 2018 and allows for it to make bilateral agreements, as a tool to help Monaco secure its place as an international financial hub.

According to Badi, the text is organised along two axes. The first is the expansion of the CCAF’s missions in terms of controls and investigations, and the other is the creation of certain criminal sanctions and the insertion of a section devoted to insider trading and market manipulation.

Several elected officials would have liked to take advantage of this bill. This would be advantageous “to complete the Monegasque legislative framework in terms of digital assets and crypto-assets,” said Franck Julien, Chairman of the Digital Development Commission.

The government took this into consideration but decided to make it a stand-alone bill. Julien, nonetheless, made a detailed presentation on the subject by describing what is going on internationally, explaining the proportion taken up by crypto coins in the wallets of the wealthy as well as the variety of cryptocurrencies on the market.

While stressing that Monaco clearly must take a stand against money laundering and conceded the risks of people using crypto-currencies for money laundering, he still believed that, “Monaco must position itself in the promising world of crypto-money. Bill 1035 could have been more attractive by demonstrating the Principality’s desire to join the concert of nations fighting against money laundering through the fraudulent use of crypto-currencies.” He therefore announced that he would not vote for Bill 1035.

With 89 approved establishments and €129 billion in deposits and securities, Minister of Finance and the Economy Jean Castellini wanted to make clear the importance of the proposed bill and asked for “the tabling in the first quarter of next year of a bill establishing service providers on digital assets and establishing a system of specific authorisation.”

In the end, the law was passed with 17 votes out of 21 in the affirmative.

Photo of José Badia by National Council of Monaco