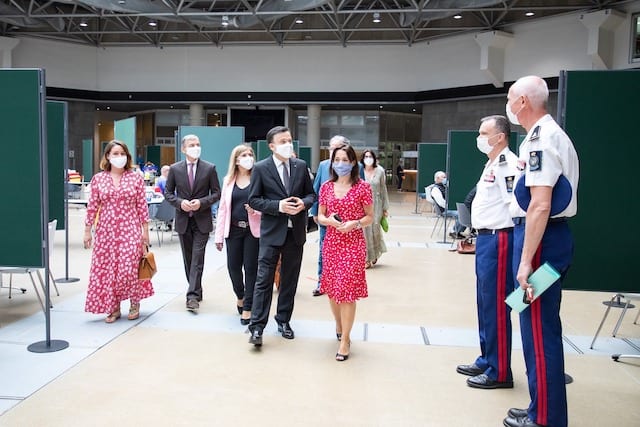 National Council President Stéphane Valeri has visited the Grimaldi Forum to thank the team behind the screening campaign, while also encouraging more people to take the voluntary Covid-19 antibody test.
Since the start of the crisis, the National Council has called for widespread testing to be carried out in the Principality. It considers this campaign by the Monaco Government a personal win.
“This large-scale screening campaign, launched on 19th May in Monaco, responds to strong expectations from the population and was essential to effectively support the gradual lifting of containment,” said the council in a statement. 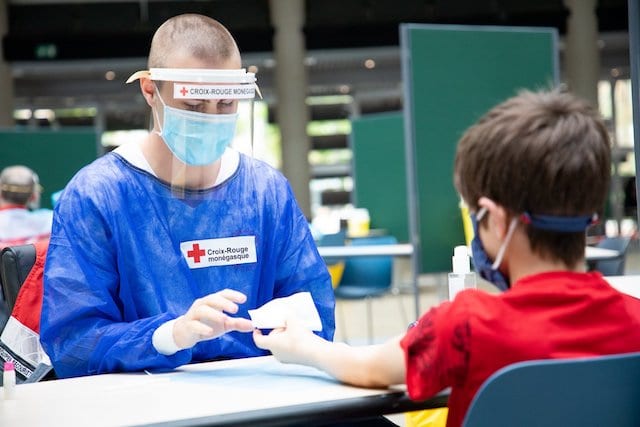 Welcomed at the Grimaldi Forum by Health Minister Didier Gamerdinger and Secretary General of DASS Ludmilla Raconnat le Goff, Council President Stéphane Valeri, accompanied by numerous National Counsellors, praised the quality of the organisation and work of all the teams involved.
“It was important to us to thank the teams present on site, without whom this screening campaign could not have been carried out. I welcome the commitment of the teams from the Department of Social Affairs, the DASA, the Police Force, agents from the Monaco City Council, testers from the Monaco Red Cross and Fight Aids Monaco, liberal nurses , Grimaldi Forum staff and volunteers, who helped out at the two screening sites,” said Mr Valeri.
Elected officials are encouraging residents and employees to participate in the screening campaign, which it says “is the result of fruitful consultation between the Government and the National Council.”