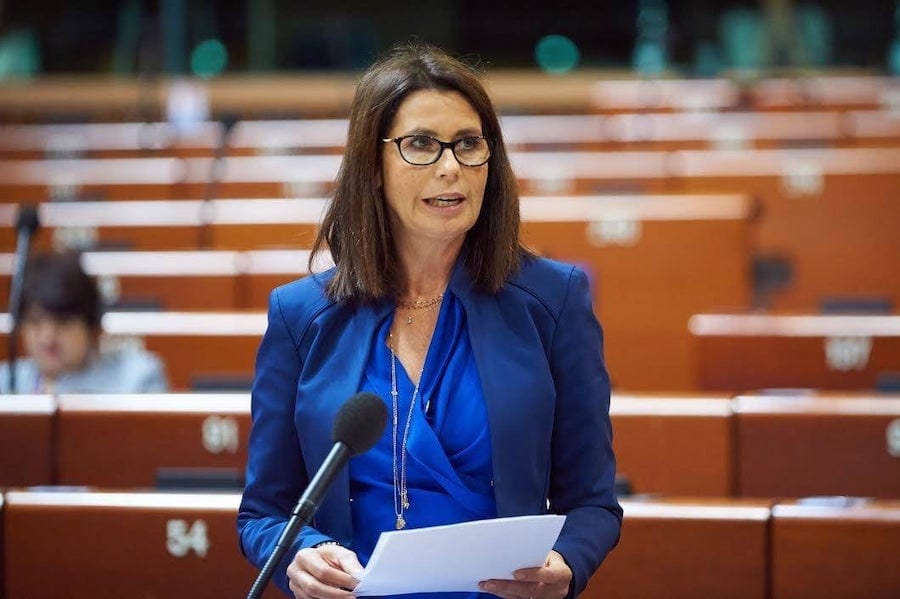 Monaco’s National Council has joined world leaders and activists in condemning Turkey’s withdrawal from the landmark Istanbul Convention protecting women from violence.
The National Council made its position known through the voice of its delegates to the Parliamentary Assembly of the Council of Europe (PACE), including Béatrice Fresko-Rolfo, member of the European Committee on Equality and Non-Discrimination.
“Despite this unilateral decision by Turkey, which it regrets, the National Council will continue to support the Istanbul Convention, the respect for women’s rights to live free from violence, and therefore its application in the Principality,” said Béatrice Fresko-Rolfo.
The Istanbul Convention was ratified by Monaco in 2014 and provides a legal framework to protect women against all forms of violence and to prevent, punish and eliminate violence against women and domestic violence.
It serves as the basis for much of the work of the Council of Europe and has contributed to the writing of legislative texts in the Principality of Monaco, serving as the highest standard in terms of safeguarding women’s rights.
Turkey was the first to sign the treaty 10 years ago.
Thousands protested in the country on Saturday calling for President Recep Tayyip Erdogan to reverse his decision to withdraw from the world’s first binding treaty to prevent and combat violence against women.
Meanwhile, the Council of Europe’s Secretary General, Marija Pejčinović Burić, called the decision “devastating.”
“This move is a huge setback to these efforts and all the more deplorable because it compromises the protection of women in Turkey, across Europe and beyond,” she said.