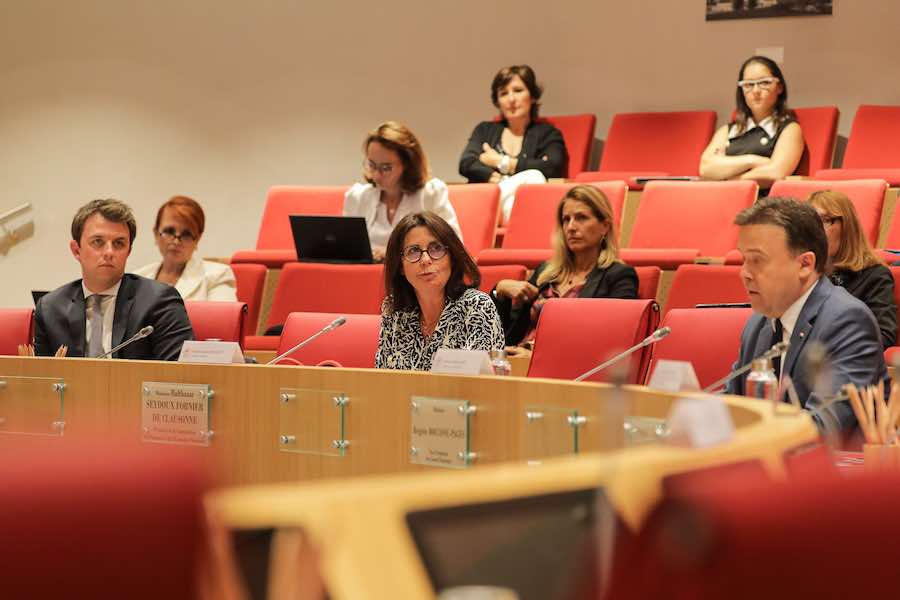 In the fifth public meeting in three months, the National Council on Tuesday evening examined a variety of new bills including one for small business owners and the possibility of extending Monaco’s economic aid beyond the end of the month.

The National Council discussed on Tuesday evening the simplification of proxy voting, to allow those who live in government housing to use their domiciles as home offices, and to permit digital fundraising vis-a-vis the use of tokens. They also proposed a new law which would allow debate at the end of a budgetary year on the balance sheet.

Currently, voters in municipal and national elections are required to go through a complicated system to vote by proxy. The new law allows for a much simpler voting process, until which time the Principality changes over to electronic voting.

Additionally, people whose professional activity is conducted from home in a space owned by the state now have the right to both live and work in the same space. The new bill also has removed a surcharge paid by Monegasque tenants.

In order to make way for alternative financing methods, the Council debated allowing digital fundraising with tokens as payment. This paves the way for other possible methods to be utilised in future.

Finally, the proposal on the table involved the establishment of a law regarding the year-end budget, opening up the possibility for earlier discussions on how the money of the previous year is spent as well as the ability to bring forward any amendments.

It is not yet clear what will happen regarding the extension of the €350 million economic aid package that had been allocated in the depths of the pandemic. The earmarked funds are set to end on 30th June, but the Council is pushing for help to be extended beyond this date.

“Our positioning is clear, no abrupt end to aid,” said Stephane Valeri, President of the National Council, in Monday’s press conference.  “We have used less than half of the credits voted at the end of June, so we have room.”