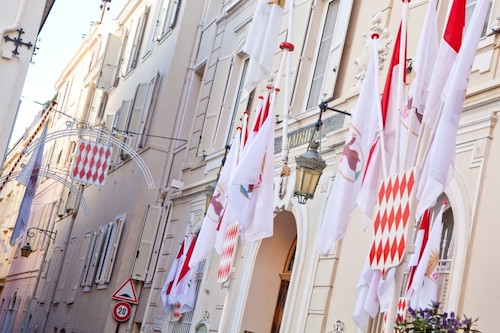 Monaco’s National Day, or Fête Nationale, is fast approaching and celebrations are ramping up all over the Principality.

Festivities will commence ahead of the event, kicking off Friday evening at the La Condamine market, which will be host to fun, food and entertainment for two nights.

Favourite Monegasque treats such as fougasse, orange liquor carob, and the most famous snack in Monaco, the barbagiuan, will all be available from vendors to eat on site or for take-away.

No party would be complete without dancing, and on Friday 15th and Saturday 16th, visitors can get their boogie on from 7:30pm to 10:30pm. Music is also planned for Tuesday 19th from 10am to 2pm as well as a giant stockfish feast in Place d’Armes.

But the Condamine isn’t the only place to catch the festivities. On 18th November at 8pm, a fireworks display will light up the night sky over the Port of Monaco, followed at 9pm by a show from French comedienne and actress Chantal Ladesou at Espace Léo Ferré.

On National Day, 19th November, the Principality is inviting all residents to show their spirit by decorating windows, facades and balconies with banners and the national flag. A few reminders on this point: flags must be hung with the red above the white, and when hanging a banner or flag vertically, the red should be to the left of the white.