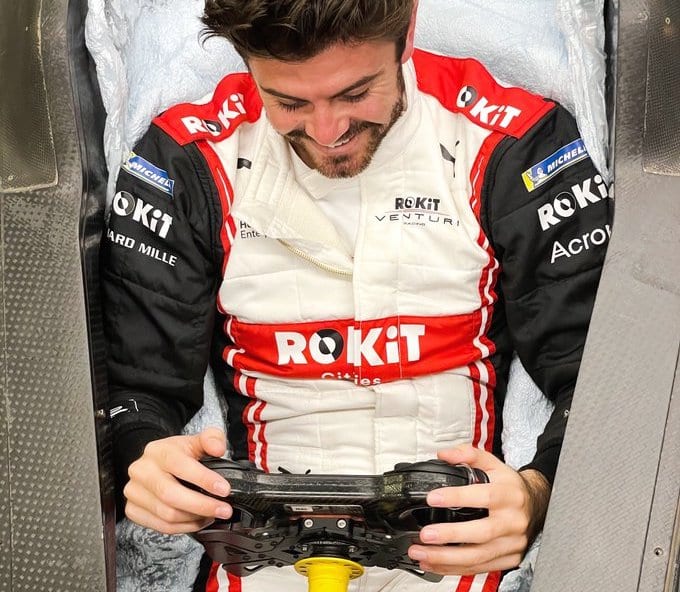 French pilot Norman Nato has been chosen to replace Felipe Massa on Venturi Racing’s Formula E Team for the 2020-21 racing season.
Norman Nato, the Frenchman who has been Venturi’s reserve driver since 2018, has been promoted to become the squad’s main man since the rather abrupt departure of former Formula 1 pilot Felipe Massa on the last day of the 2019-20 racing season. He is a seasoned competitor, having raced in the LMP1 ranks of the World Endurance Championship for Rebellion Racing, as well as acting as Venturi’s simulator.
Nato will partner with Edoardo Mortara, who has been racing for Venturi since 2017 and who scored all but three of the squad’s 44 points last season.
“I’m ready and I know it’s going to be difficult,” Nato told Autosport.com. “I need time to learn but the main goal for me is to have no regrets at the end of the year. The most important thing is to score points every weekend – that’s the only target we have so far.”
The 28-year-old raced in the Marrakech, Morocco rookie test last season where he had the sixth fastest time, beating his temporary teammate Arthur Leclerc, brother of Formula 1 driver Charles, by 0.774 seconds. He also outpaced Mercedes rookies Jake Hughes and Daniel Juncadella.
“After the Marrakech rookie test was quite successful with the team, I knew it could be an opportunity for the seat for next season,” Nato went on to say. “I spent a lot of days in the simulator. And to be honest, as I say to Susie [Wolff, Venturi team principal], I did the best I could to show to the team that I’m ready for Formula E and I deserve the seat. Just being in the simulator during the race weekend was quite frustrating because most of the guys who are racing in Formula E are the guys I’ve been fighting with in the past so I couldn’t wait to go and finally race with them.”
Prior to Venturi, Nato raced three seasons in F2, coming in fifth overall for the season 2016.