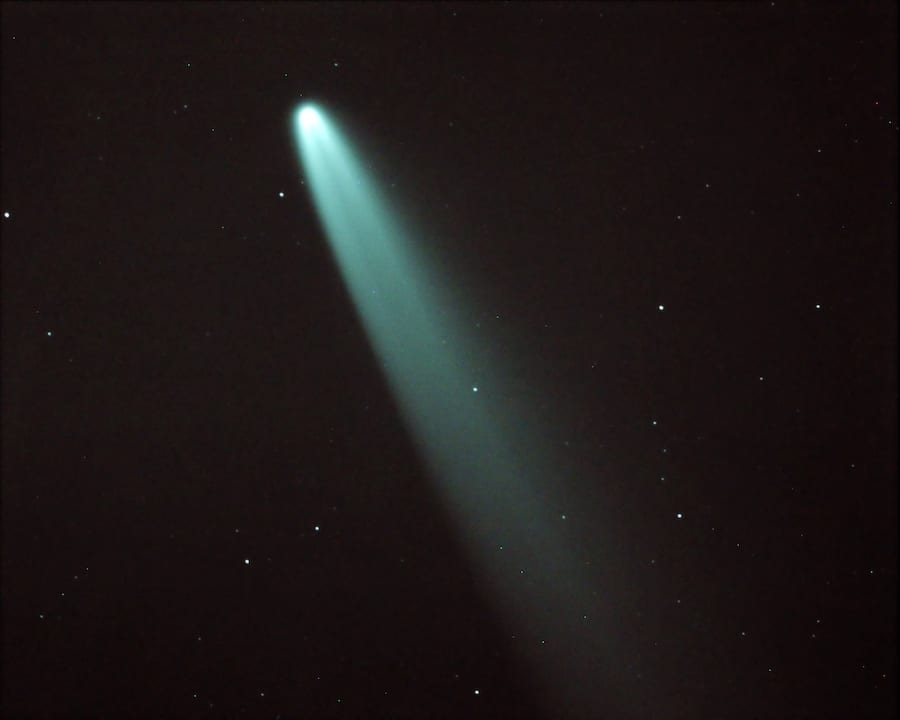 Keep an eye out in the skies this month for the recently discovered Comet Neowise, because it won’t be back for another 7,000 years.

With an orbiting period of 6,800 years, the Neowise comet hasn’t been viewed by Earth’s people since before the invention of the wheel. Now, stargazers can watch the progress of this massive comet as it makes its way across the skies of the Northern Hemisphere this month.

The five-kilometre-wide comet is an “evaporating dirty iceberg”, according to NASA, that will be visiting from and return to the outer reaches of the Solar System. Impressive snaps from places such as Washington DC, Belarus and the United Kingdom have already been taken, and the comet is noted for an impressive blue body and white dust trail.

The comet is best seen just after sunset in the northwest sky, just above the horizon line. The next few nights will be the most likely shot at seeing this once-in-several-lifetimes phenomenon, and with a keen eye and a bit of patience, that should happen.

The last time such a fireball lit up the skies was in 2007 with the McNaught Comet, and before that was 1997’s Hale-Bopp, which was viewable for almost a year and a half. It is extremely rare for comets to pass so closely or be large enough to be viewed with the naked eye.

Neowise – officially called Comet C/2020 F3 NEOWISE – passed closest to the Sun on 3rd July and its closest approach to the Earth will occur on 23rd July.

It is named after NASA’s Neowise infrared space telescope, which spotted the comet in March.