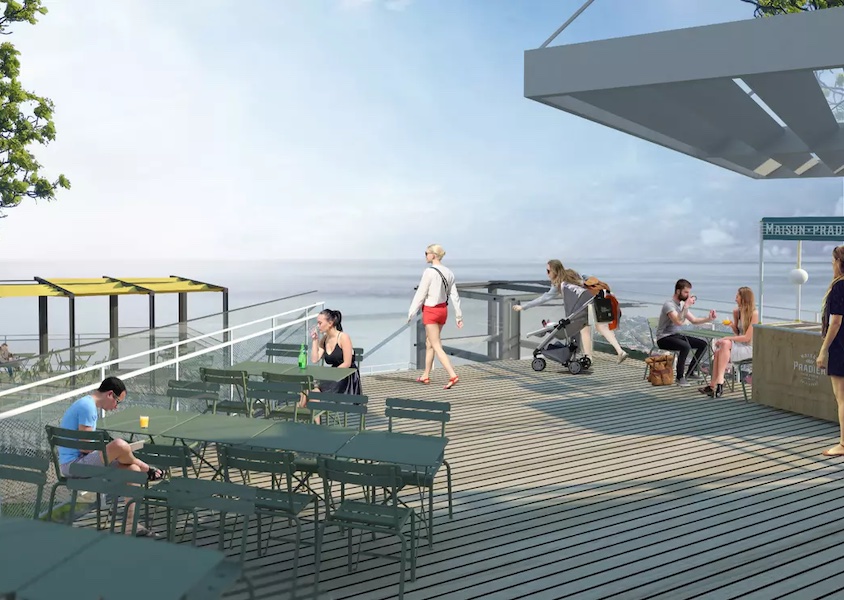 The A8 motorway at Beausoleil is undergoing several big transformations. Not only is the long-awaited new interchange being built, ostensibly to ease traffic congestion in and around the Principality, but the last rest stop on the French road system is about to be renovated, giving it higher end touches and food options.

The first stone of the interchange was laid in July 2021, and as work progresses on the site, the Beausoleil rest area is getting a facelift as well.

The sub-concessioner for the service stop has been handed to fuel distributor Leclerc and the vehicle path is being altered in order to bring together the upper space where the petrol pumps and the shops are with the lower car park, which has been underused.

Some new features include a double terrace to help manage pedestrian access as well as to give visitors a chance to admire the panoramic view.

“Thanks to this terrace, users will have a magnificent 360° view of the sea, the coastal towns, the Principality of Monaco and the mountains behind,” Laura Tardiveau, communications assistant at Vinci Autoroutes, told Monaco Matin. “It is the most beautiful view of the Escota network.”

Other new aspects will be a fresco by Eric Garance and premium macaroons sold by Pradier. The building itself will be extended and will have two quick stop establishments, La Croissanterie and Comptoir Café.

The service areas of La Scoperta and Beausoleil will change names. The new names have not yet been revealed, but will be made public at the time of the inaugural ceremony of the two areas.