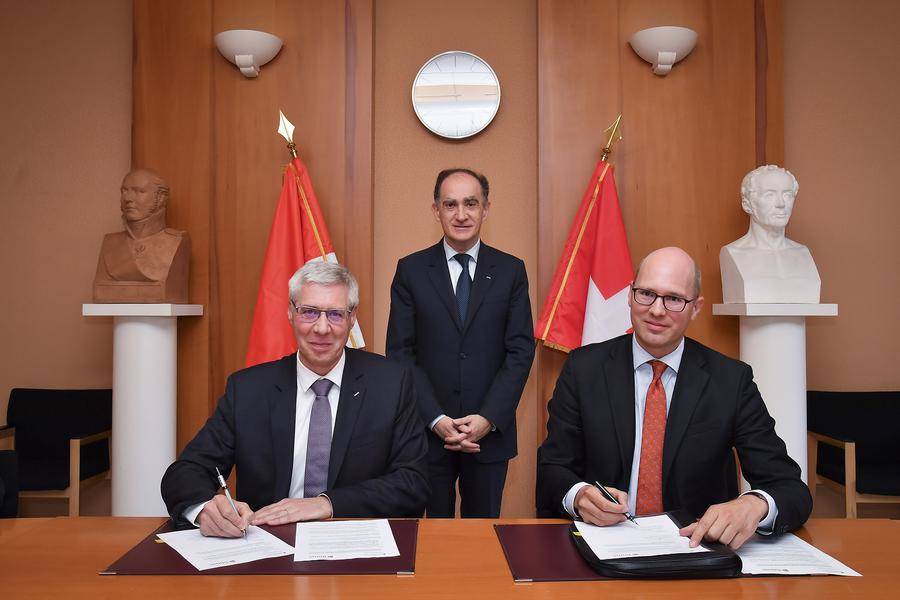 The process of cross-border checks between companies and banks in Switzerland and Monaco has been facilitated with the signing of a new agreement. It marks an important step in the fight against corruption and money laundering.

Switzerland’s FINMA and Monaco’s SICCFIN signed a reciprocal memorandum of understanding on banking supervision on 29th April. Present were Jean Castellini, Government Counselor – Minister of Finance and Economy, Rupert Schaefer, Head of the Strategic Services Division and member of the Board of the Swiss Financial Market Supervisory Authority (FINMA) and Philippe Boisbouvier, Acting Director of the Information and Control Service for Financial Circuits (SICCFIN). It will enable them to cooperate in the execution of their respective missions to combat corruption, money laundering and terrorist financing (AML / CFT).

“The purpose of this protocol is to enable and facilitate the cross-border exchange of banking supervision information between FINMA and SICCFIN with regard to the different companies located in Switzerland or in the Principality, which belong to the same group,” said the Monaco government in a statement.

“When a parent company is established in Switzerland or Monaco, the protocol also provides for the possibility of FINMA and SICCFIN agents to carry out on-the-spot checks of its subsidiaries or branches located in the other country.”

The exchange of information between SICCFIN and FINMA as well as on-the-spot controls are strictly defined by the reciprocal memorandum of understanding. These exchanges and controls respect the principle of confidentiality to which all Financial Intelligence Units (FIUs) and the Supervisory Authorities are bound, as well as the principle of finality. The information obtained will only be used for the purpose of combating money laundering and the financing of terrorism.

The signing of this protocol by the Swiss and Monegasque supervisory authorities constitutes a new step in the framework of the recommendations made by the FATF as well as the provisions of the 4th and 5th (EU) anti-money laundering directives.

The signature reinforces an existing cooperation between Switzerland and the Principality which began more than 20 years ago when SICCFIN signed a FIU cooperation agreement with its counterpart, the Swiss office of communication in matters of money laundering (MROS).