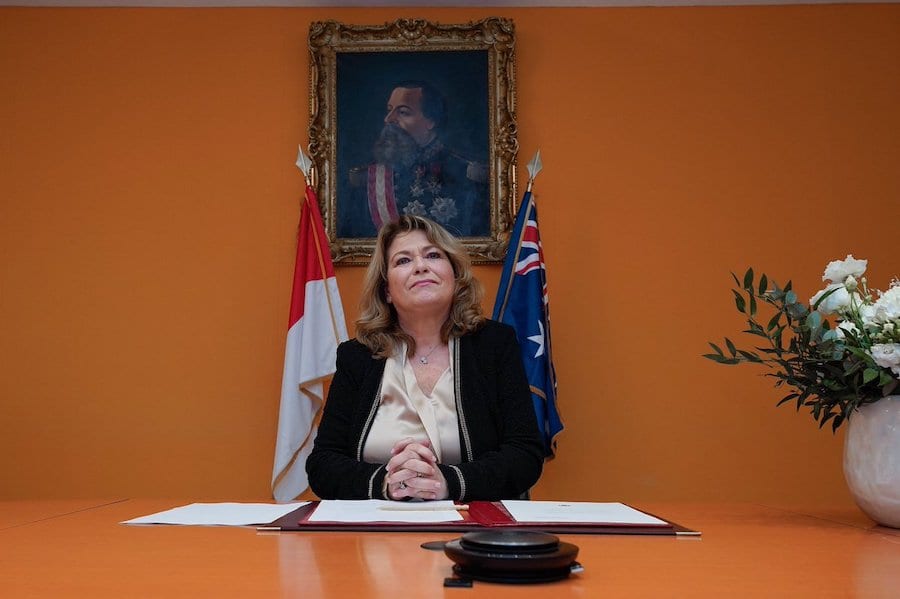 It may have taken place more than 16,000 kilometres and 10 hours apart, but Monaco’s Ambassador to Australia Marie-Pascale Boisson has presented her credentials to the Governor General of Australia in the first virtual ceremony of its kind.
The ceremony took place on 22nd February with Marie-Pascale Boisson seated in the Ministry of State in Monaco, and David Hurley, Governor General of the Commonwealth of Australia, at the Governor’s House in Canberra, Australia. Virtually and ceremoniously, she presented her Letters of Credence, accrediting her as Ambassador Extraordinary and Plenipotentiary.
The virtual ceremony, a necessity during the current Covid-19 pandemic, was a first for Monegasque diplomacy and took place at 7.10am in Monaco, and 5.10pm local time in Canberra.


After presenting the Letters of Recall from her predecessor as well as her Letters of Credence, the Ambassador spoke to the Governor General about the excellent relations between Australia and the Principality of Monaco, and the common concerns of both countries, particularly regarding the environment and protecting the oceans.
Marie-Pascale Boisson then the governer general of her commitment to continue to deepen the ties that have united Australia and the Principality of Monaco for many years.