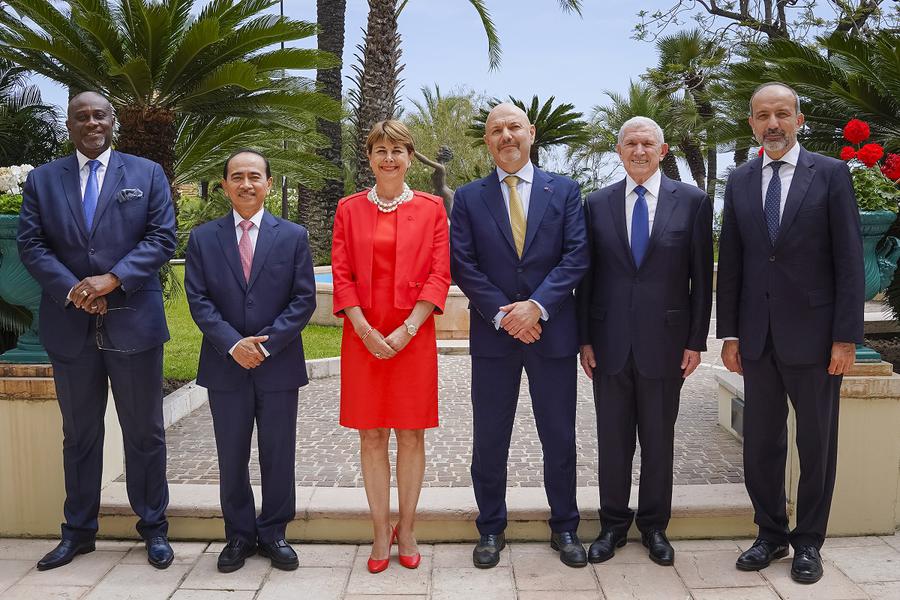 A luncheon was held on 17th May at the Hermitage Hotel hosted by Isabelle Berro-Amadeï, Minister for External Relations and Cooperation, to meet Monaco’s latest round of new Ambassadors, hailing from Guinea-Bissau, Spain, Indonesia, and Ecuador. The lunch followed a morning meeting with Prince Albert II who received their Creedence Letters.

A lawyer by training and a career diplomat specialising in international relations, Carlos-Edmilson Marques Vieira was the Permanent Delegate of Guinea-Bissau to UNESCO. Since 2017, he has been Ambassador to Ethiopia and Permanent Representative of Guinea-Bissau to the African Union and the United Nations Economic Commission for Africa.

With a degree in law, Victorio Redondo Baldrich began his diplomatic career in 1991 at the Spanish Ministry of Foreign Affairs. Counsellor for Political Affairs at the Spanish Embassy in Moscow from 1996 to 2000 then posted as the Permanent Representation of Spain to the EU in Brussels, he was recently Spanish Ambassador to Switzerland and Liechtenstein.

Mohamad Omar served as Chief of Staff in the Secretariat of the Vice President of Indonesia since 2011. Previously, this diplomat had many experiences at the Indonesian Ministry of Foreign Affairs and posts abroad including to Brussels, Geneva, and Beijing, before becoming Ambassador to Italy from 2009 to 2011.

Trained as an agricultural engineer, Oscar José Orrantia Vernaza has had several careers in the private sector in the fields of industry, agriculture and banking. In 2021, he was made Ambassador of Ecuador to France.

Previous articleMan-made tide pools in Port of Fontvieille a success
Next articleVenturi: flying the Monaco flag in space
Stephanie Horsman 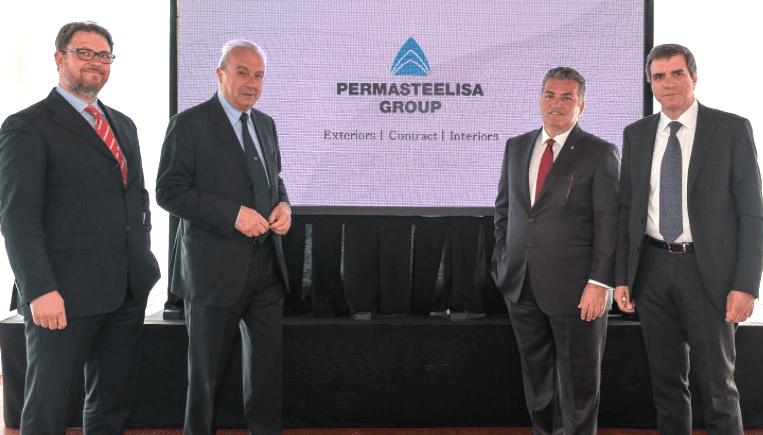 The Permasteelisa Group, the contractor key to rebuilding 7 World Trade Centre, announced plans on April 25 to expand to new territories: in Monaco, Greece, Cyprus, Turkey and the Balkans…

Some 150 representatives from construction, architecture, sales, hospitality, healthcare, and the financial and banking sectors, gathered at the Monco Yacht Club on Monday, where the Permasteelisa Group, a world leader in the fields of engineering, project management, manufacturing and installation of architectural envelopes, with a turnover of around €1.5 billion, presented its operations and divisions.

“We are excited to create business in new markets,” said newly-appointed CEO Riccardo Mollo. “As a company specialised in engineering, we see technology as a tool to further strengthen our leading position in the world and to help improve the quality of our cities by reducing the carbon footprint on the environment.”

Konstantinos Tsouvelekakis, the company’s official representative in Monaco, Greece, Cyprus, Turkey and the Balkans, added, “We wanted to announce this great news to Monaco, which is a dynamic, international economic centre. Permasteelisa is the undisputed No. 1 in its industry and at the initiative of many of the most iconic projects in the world, both on external and internal constructions.”

Founded in 1973, the Permasteelisa Group has a network of over 50 companies in 30 countries employing 7,000.