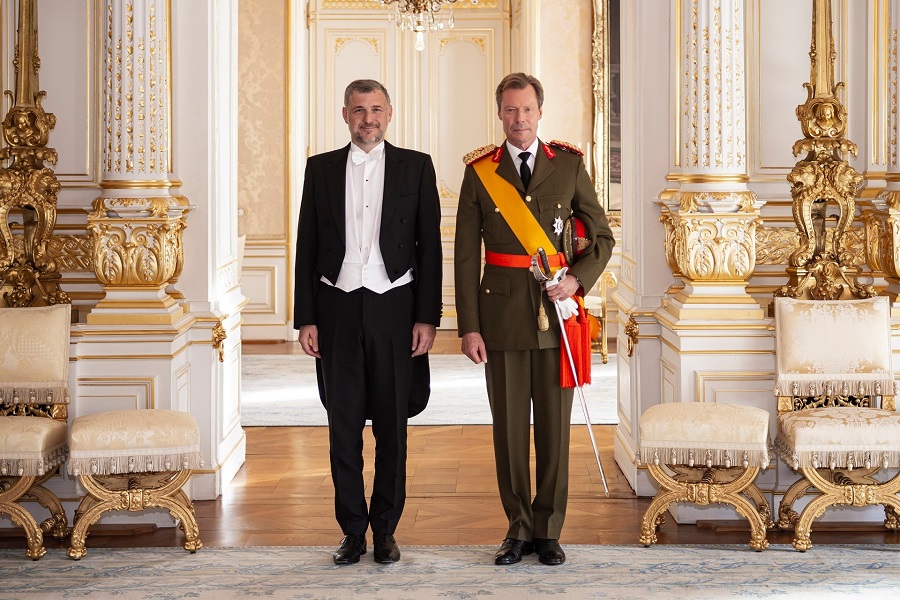 Monaco’s new ambassadors to Luxembourg and the Organisation for Security and Cooperation in Europe have been officially installed after ceremonies taking place in Luxembourg and Vienna respectively.

The Grand Duchy of Luxembourg welcomed Monaco representative Frédéric Labarrère (pictured) to the Grand Ducal Palace on 26th October, where he presented his letters of credence to Grand Duke Henri of Luxembourg.

A private meeting took place after the ceremony, where the Duke and ambassador spoke about common interests such as developing the green and financial sectors, and space activities, which Luxembourg is particularly active in.

Prior to this, on 19th October, Lorenzo Ravano, Permanent Representative of the Principality of Monaco to the Organisation for Security and Cooperation in Europe (OSCE), presented his letter of accreditation to Helga Schmid, Secretary General of the OSCE.

The two had a discussion shortly after, where they touched on the war in Ukraine, notably the recent escalation in violence, as well as the resurgence of crises and renewed tensions in several regions of the OSCE area. Schmid made a special point to thank the Principality for support given to the OSCE during an anti-human trafficking programme.

The OSCE is the largest regional security organisation in the world. It works in favour of peace and stability through several realms, such as the politico-military world including disarmament, the fight against terrorism, prevention of conflicts, and police training. It also works through economic-environmental actions, such as the development of institutional capacities and mitigating the consequences of conflicts on the environment, and they also work on the human rights angle, including human rights, democracy, electoral observations, fight against human trafficking, and freedom of the media.

Photo source: House of the Grand Duke of Luxembourg