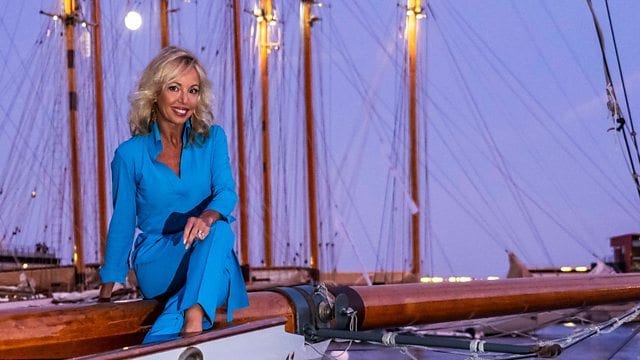 A host of Monaco personalities, including Prince Albert, have taken part in a new BBC2 series entitled Inside Monaco: Playground of the Rich.
Monaco has been viewed as an uber-glamorous destination for decades. Now, the United Kingdom’s BBC2 has been given rare access into this world of privilege and privacy for a new three-part series.
“With privileged access to the royal palace, the super-rich and those who serve them, this series gives an exclusive insight into the tiny country with extraordinary wealth,” says the series teaser.
Even Prince Albert has allowed rare access into his world, speaking frankly about the rights and responsibilities expected of him as sovereign of the world’s most dazzling destination.
“You have to keep a balance of things, not only to concentrate on what has worked well for us in the past, and made Monaco what it is, but you constantly have to try and anticipate the needs of the future and try and anticipate what the trends will be,” the Prince divulged to the show’s producers.
He also speaks candidly about his mother, Princess Grace, describing her as a “vivid presence” who remains an icon of style and beauty nearly 40 years after her untimely death.
Monaco’s reputation for discretion makes this programme all the more alluring to the outside world, which often views the country as the sole domain of the super-wealthy. Given one in three residents are actually millionaires, this assumption isn’t entirely off the mark.

However, there are some outrageous statements made in the series that proliferate the cliché of Monaco, including one helicopter pilot who claims that, “In Monaco, the helicopter is considered like a car.”
Episode one appears to focus on Princess Camilla de Bourbon-Two Sicilies and the 2019 Influencer Awards, which “opened Monaco’s doors to the jet-set Instagram generation”.
“I want to somehow be a little bit of a bridge between traditions and the new world,” says Princess Camilla de Bourbon-Two Sicilies, President of the awards. “I believe this project brings Monaco into the new era of social media, which we cannot do without.”
Viewers of the first episode are also taken on a lively tour of the Principality with Lady Monika Bacardi in her chauffeur-driven classic Rolls Royce.
“Monaco is like a pink bubble, it is very small, very safe, and there are a lot of little candies everywhere,” she tells the interviewer.
Other episodes highlight an exclusive event for high-rollers at the Casino de Monte-Carlo, and “the super-rich arriving for the famous yacht show”, according to a teaser on the BBC website.
Inside Monaco: Playground of the Rich will start airing on Monday 8th June at 9pm, and will be available to watch on BBC iPlayer soon after the original broadcast.
See the full trailer here: https://www.bbc.com/news/av/stories-52938402/monaco-opening-its-luxurious-doors-to-instagram-stars