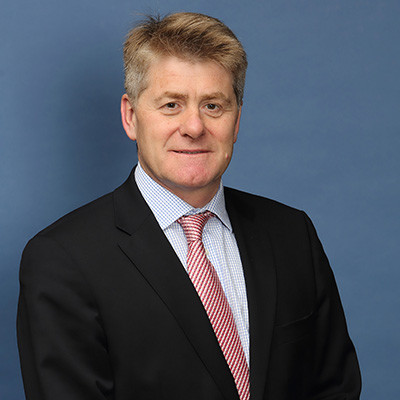 Monaco-based GasLog Ltd and GasLog Partners have appointed Richard Sadler as COO and he will take up his new role in September.

Mr Sadler is highly respected throughout the maritime industry and brings a wealth of shipping experience to GasLog having served as CEO of Lloyd’s Register Group from 2007 to 2015, during which time the company doubled its revenue reaching an annual turnover of £1.1 billion.

Paul Wogan, CEO at GasLog since 2013, said, “On behalf of the Boards of GasLog and GasLog Partners, and the Management team, I am pleased to welcome Richard to GasLog as COO. His deep understanding of the shipping sector and his years of relevant operational experience will make him a huge asset to the company.”

Richard Sadler added: “I am delighted to be joining GasLog at such an exciting time in the company’s evolution. The LNG and LNG shipping markets are experiencing a period of considerable growth with significant opportunities and I believe that GasLog is well placed to take advantage of these opportunities. I look forward to working with the team to continue to develop GasLog into a world-class player in the LNG value chain.”

Prior to Lloyd’s Register, Mr Sadler worked as a Director of Asset Management for the Royal Bank of Scotland in the Shipping and Offshore Energy Division. Earlier in Richard’s career, he was an Engineering Officer in the Royal Navy before studying Naval Architecture at the University of Newcastle-upon-Tyne.

Mr Sadler is a Fellow of the Royal Academy of Engineering, where he is also a member of the audit and risk committee. He holds Honorary Doctorates from the University of Southampton and the University of Newcastle-upon-Tyne and is a visiting Professor of Dalian Maritime University. He is also a Trustee and one of the Elder Brethren of Trinity House and also held the office of President of the Welding Institute in Cambridge for three years.

GasLog, with a consolidated fleet of 27 LNG carriers – 22 ships on the water and five on order, is an international owner, operator and manager of LNG carriers providing support to international energy companies as part of their LNG logistics chain. GasLog’s principal executive offices are in Monaco at Gildo Pastor Center, 7 Rue du Gabian. 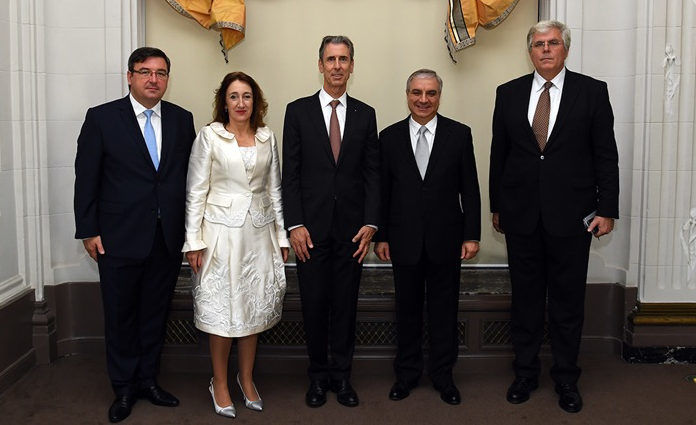 Gilles Tonelli (centre) Government Minister for Foreign Affairs and Cooperation;
HE Jane Coombs, Ambassador of New Zealand; HE Tomasz Mlynarski (L), Ambassador of the Republic of Poland; HE Igor Slobodnik, Ambassador of the Slovak Republic; HE Pantelakis D. Eliades, Ambassador of the Republic of Cyprus. Photo: Manuel Vitali/DC[/caption] Gilles Tonelli, Minister of Foreign Affairs and Cooperation, received Pantelakis D. Eliades, Ambassador Extraordinary and Plenipotentiary of the Republic of Cyprus; Tomasz Mlynarski, Ambassador Extraordinary and Plenipotentiary of the Republic of Poland; Igor Slobodnik, Ambassador Extraordinary and Plenipotentiary of the Slovak Republic; and Jane Coombs, Ambassador Extraordinary and Plenipotentiary of New Zealand, at a luncheon at the Hermitage Hotel on Thursday, October 19. The four newly-appointed diplomats had presented their credentials to the Sovereign Prince in the morning. HE Pantelakis D. Eliades joined the Ministry of Foreign Affairs (MFA) in 1989. In 1995, he was appointed to MFA Political Affairs. Subsequently, he held the positions of First Counsellor and Deputy Chief of Mission at the Cypriot Embassy in Rome. In 2003, he was appointed representative of Cyprus to the Political and Security Committee of the European Union in Brussels, then became Director of the Department of Foreign Policy and Common Security of the MFA. In 2008, he was promoted to Ambassador in Germany. HE Tomasz Mlynarski had a professional career at the Institute of Political Studies and International Relations at the University of Krakow between 2006 and 2012. From 2006, he also served as CEO of Polish Music Publishing, then as a Member of the Supervisory Board of the Foundation "Cooperation Fund". Specialised in the issues of European integration, energy security and foreign policy, Mr Mlynarski has led numerous scientific conferences. HE Igor Slobodnik was appointed Ambassador of the Slovak Republic in London in 1997. In 2001, he took over the Directorate General of Political Affairs of the Ministry of Defence, then that of Political Affairs of the Ministry of Foreign Affairs, in 2008. Within the Ministry of Foreign and European Affairs, he took up the post of Secretary of State in 2015 and became Head of the Middle East and Sub-Saharan Africa Division in 2016. He was also Ambassador in Berlin and Brussels. HE Jane Coombs was appointed Economic Advisor in 1999, then Assistant Director in the Environment Division in 2003. She was successively promoted to New Zealand's Ambassador to Seoul in 2005, and Deputy Chief of Mission to the Embassy in Washington in 2009. She has been General Manager of the Americas Division since 2012 and of the North East Asia Division of the Ministry of Foreign Affairs and Foreign Trade from 2015.

Local News Staff Writer - May 27, 2018
With over 750 attendees, Amber Lounge threw its support behind Sir Jackie Stewart’s foundation during its annual Charity Fashion Show on Friday, May 25, ahead of the Formula 1 Monaco Grand Prix. With 15 years of spectacular non-stop entertainment to celebrate, the official opening of Amber Lounge Monaco 2018 kicked off with U*NITE. The night of fashion, music and motorsport, powered by the Grammy-nominated singer songwriter Justin Jesso, whose latest hit “Stargazing” with music producer Kygo has already had over 550 million streams on radio and gone multiplatinum around the world; and Bakermat, a Dutch DJ and music producer. In the presence of Prince Albert, Gareth Wittstock and his wife, Princess Alexandra of Hanover, Louis Ducruet and his fiancée, Game of Thrones' Liam Cunningham and Kit Harington, the evening raised an impressive amount for Race Against Dementia, a charity with the mission to fund breakthrough and innovative dementia research launched by famous Formula 1 driver Sir Jackie Stewart, whose wife of 54 years, Helen, has recently been diagnosed as suffering from the degenerative brain disease. With the silent auction still open, the final amount will be confirmed in the coming week.