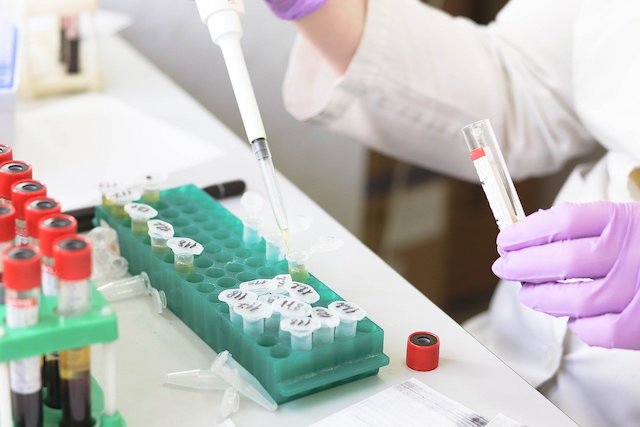 A €17 million study of the drug ivermectin is being conducted in Montpellier in the fight against the coronavirus.
Doctors in France are supporting the testing of the anti-malarial drug ivermectin as a more effective alternative to chloroquine, the controversial drug being touted as a miracle cure by provocative French professor Didier Raoult.
Melbourne’s Monash University Biomedicine Discovery Institute has been studying ivermectin in a controlled test tube environment, and the research says that after 48 hours, the drug lowered the viral load of the coronavirus from 5,000 units down to just one. This represents a 99.98% reduction.
Though the results are hugely encouraging, the lead doctor on the study, Dr Kylie Wagstaff, cautioned that the tests have only been carried out in vitro and will need further testing to ascertain the correct doses in human patients.
“Ivermectin is very widely used and seen as a safe drug. We need to figure out now whether the dosage you can use it at in humans will be effective – that’s the next step,” Dr Wagstaff said on the Monash University website. “In times when we’re having a global pandemic and there isn’t an approved treatment, if we had a compound that was already available around the world then that might help people sooner. Realistically it’s going to be a while before a vaccine is broadly available.”
Though it is not entirely clear how the drug works, it is likely, based on its behaviour against other viruses, that it stops the virus from “dampening down the host cells’ ability to clear it.”
Royal Melbourne Hospital’s Dr Leon Caly, a Senior Medical Scientist at the Victorian Infectious Diseases Reference Laboratory (VIDRL) at the Doherty Institute where the experiments with live coronavirus were originally conducted, is the study’s first author.
“As the virologist who was part of the team who were first to isolate and share SARS-COV2 outside of China in January 2020, I am excited about the prospect of ivermectin being used as a potential drug against Covid-19,”  Dr Caly said.
Despite being early days and risks unknown, it has emerged that preliminary human trials are currently taking place in Maryland, USA and London. The group in Maryland disclosed that they were conducting the same trials on animals in early March, but were not ready to publish findings when the Australian report came out.