New districts to benefit from the power of water

New districts to benefit from the power of water 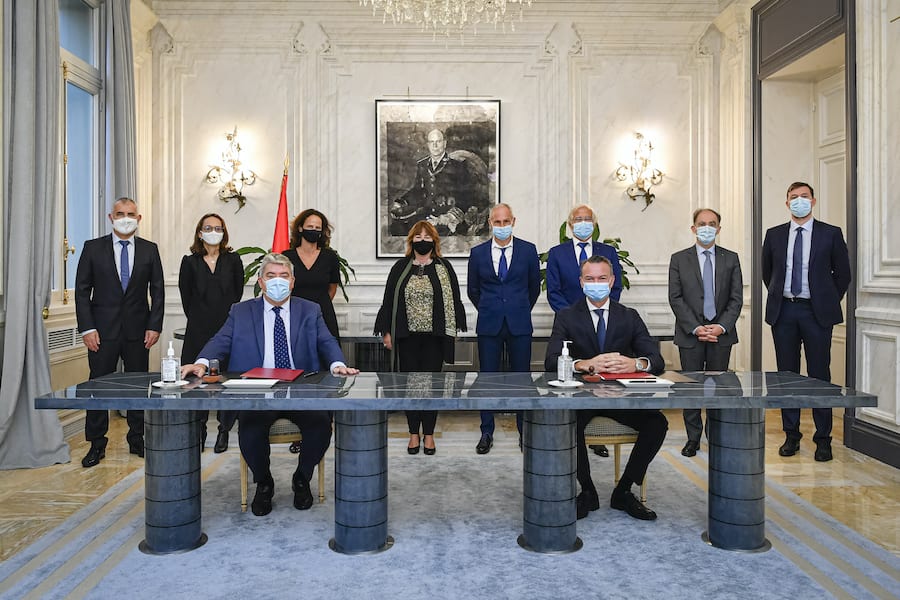 Two Monegasque companies have been recruited to operate new seawater heat pumps in Larvotto and Condamine, marking another major step towards the Principality’s energy transition.
Minister of State Pierre Dartout and Director General of SMEG Thomas Battaglione signed a concession treaty for the thalassothermal loops of Larvotto and Condamine in the presence of Minister of Equipment, Environment, and Urban Planning Marie-Pierre Gramaglia and Finance Minister Jean Castellini on Monday. The 30-year contract covers the operation and marketing of these works in progress.
“The environmental issue figures prominently in the missions entrusted to me by the Sovereign Prince,” said the Minister of State. “The Principality has set itself the objective of reducing its CO2 emissions by 50% by 2030. We also want to achieve carbon neutrality by 2050. These two thalassothermal loops will make an important contribution to fulfilling this commitment.”
Buildings in the Larvotto and Condamine districts will connect to a network equipped with heat pumps producing air conditioning, hot water, and heat – all with very low electricity consumption.
The area covered by these two loops covers 200,000 m2, or nearly 7% of the total ​​buildings in Monaco, three quarters of which are in the Larvotto district.
“After the first major phase of works, Monaco will be able to count on the local production of around 35GWh of carbon-free energy – a saving of 6,025 tonnes of CO2, for the benefit of 3,500 housing units,” said Thomas Battaglione.
The Principality is in fact one of the first countries in the world to develop this kind of renewable energy, with the installation of its first seawater heat pump at the Rainier III Nautical Stadium in 1963 to heat the swimming pool water.
Today, there are more than 80 seawater heat pumps in use throughout Monaco including those for the Grimaldi Forum, the Oceanographic Museum, the Rainier III Auditorium and various SBM establishments. Meanwhile, a similar network serves businesses in Fontvieille as well as around 2,000 housing units.

Photo by Stephane Dana, Communication Department of the Monaco Government