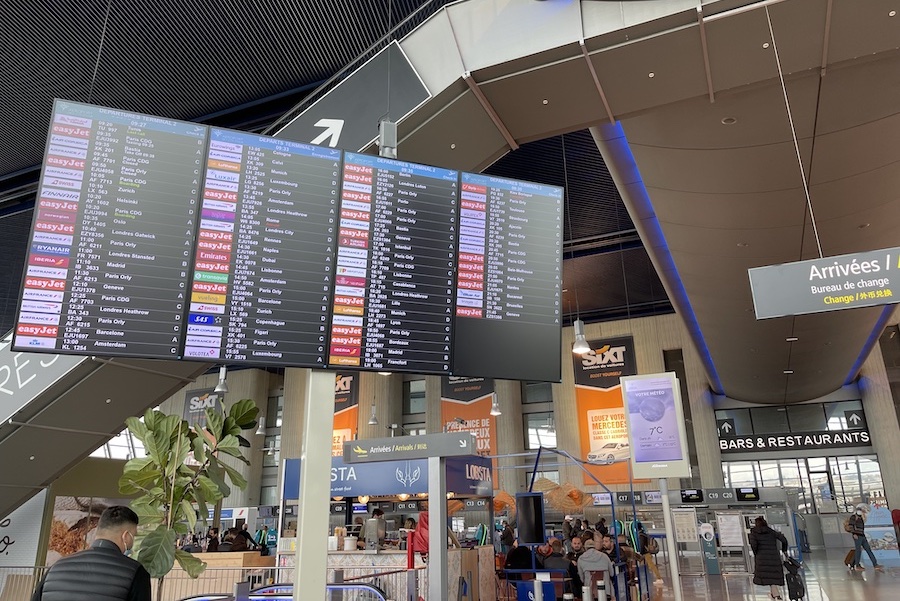 Two new systems due to come into effect in May that will impact travel for foreigners entering and leaving France and the EU have been delayed.

The Entry and Exit System (EES) and the EU Travel Information and Authorisation System (ETIAS) are coming, and with them, hopes of streamlining processes around travel and length of stay rules.

Originally set to launch in 2022, the EES was at first rescheduled for May 2023. But it was revealed this week that it is being delayed again and come into effect by the end of 2023.

The EES is an electronic passport monitoring system designed to track visitors to the EU under the 90/180-day rule and eliminate the need for human passport checks and passport stamps. This will affect all travellers coming in and out of France, regardless of your visa or residency status.

Current methods of tracking are haphazard, with border agents using physical stamps in passports to show an individual’s comings and goings from the Schengen area. The problem is that passports don’t always get stamped and this leads to confusion and sometimes trouble for the passport holder when trying to enter EU countries, even those who are legal residents or who are following the rules.

The new system will eliminate stamps and will incorporate a swiping in and out system that will track people’s stays electronically. It will be like the biometric scanners used in many airports, but will scan additional information, such as immigration status. This only applies to people coming from outside the EU, so it won’t be necessary to do once a person is inside the Schengen zone.

ETIAS is a new online visa application service that come into play from November and will be mandatory for all non-EU residents in order to travel to France using the 90/180-day rule. This will only affect non-EU citizens, including travellers from the UK, who do not have a long-stay visa or residency card for France.

The big difference here is that travellers staying under the 90/180 rule will now have to file an online application before travel to be granted entry, whereas before, anyone could just arrive and be let in. There is a €7 fee for all but those under 18 or over 70.

Once authorisation is granted, people will be able to travel to and from the EU under the 90/180-day rule. Travellers are advised to apply within 72 hours of travel, but they say that authorisation will usually only take minutes.

In general, these two new rules should make travel less confusing and more streamlined, but as with any new system, there are bound to be bugs that need working out. With luck, they will not be significant. Stay tuned!