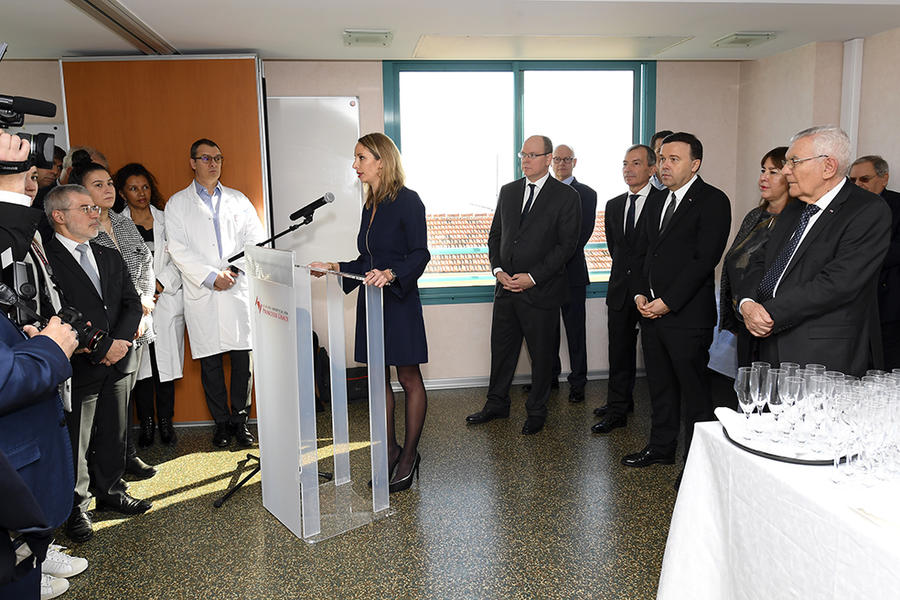 HSH Prince Albert II recently visited the Princess Grace Hospital (CHPG) in order to deliver his annual New Year’s wishes to the staff, when he was presented with their interesting newest developments.

The hospital has recently acquired two state-of-the-art scanners, one diagnostic and the other interventional, which he was shown, as well as a completely renovated Ear, Nose and Throat (ENT) department, which he visited.

At the end of the tour, the Sovereign Prince attended a ceremony where Benoîte de Sévelignes, the hospital’s director, gave a rundown of 2019. Admissions increased by 3.5% last year, and the number of surgeries rose by 2%, but the average length of stays decreased – 80,000 patients were treated in 2019 in total.

On the other side, the hospital boasts 200 physicians and a permanent staff of 2,296 along with another 242 agents on fixed-term contracts. Nearly 80% of the staff benefitted from training in the last 12-month period, learning the latest techniques and philosophies presented by the medical world.

For the year ahead, the initial stages of the digitisation process are underway and will continue throughout the year and the website will continue to be updated, soon offering an app called ‘My CHPG’.

In addition to the new scanners, this year will also see a new gamma camera for the nuclear medicine department and a complementary pet-scanner.

The Louis II Pavilion renovations are now underway and are anticipated to be complete in a few months’ time.

The first major phase of the new hospital is planned for 2026 and includes the entire southern part of the building, which will be the home of most of the hospital’s services, such as emergency, operating theatres, medical imaging, hemodialysis and the larger technical platforms. There will also be a new car park and gazebo area.

The current building will be completely renovated and will contain the maternity wards, the polyclinic and the Louis II Pavilion. The project completion date is 2032 for all renovation and construction. In the meantime, the hospital will continue to function as normal, offering the same high level of care as ever.