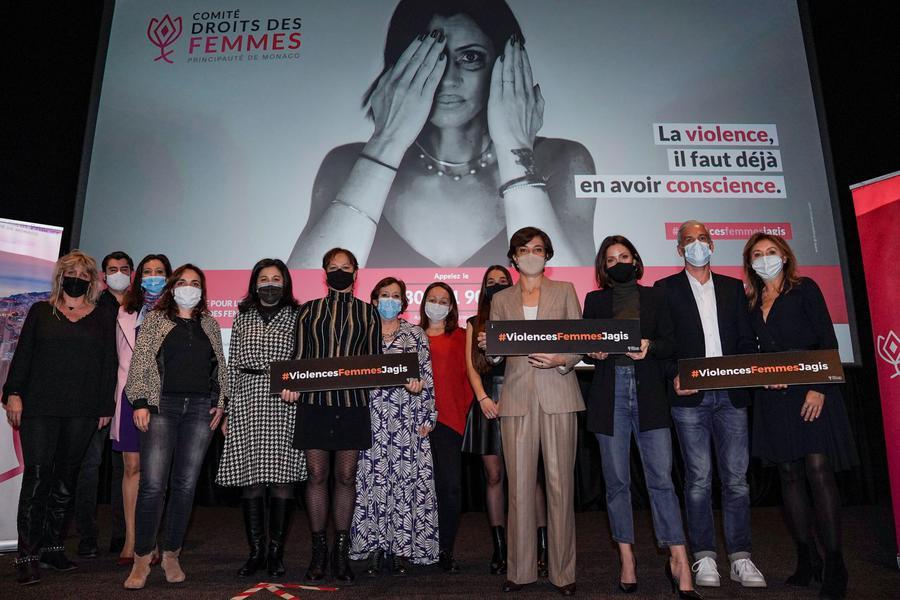 A documentary-style film highlighting the signs to look for in a person being abused has been created in Monaco to mark the International Day for the Elimination of Violence against Women on Thursday 25th November.

The latest campaign from the Committee for the Promotion and Protection of Women’s Rights will be revealed on 25th November, the International Day for the Elimination of Violence against Women.

Entitled ‘Violence is something we must be aware of’, the campaign aims to raise public awareness of aggression against women and the fight against such behaviour. It also reminds people of the measures already in place in the Principality and the resources available to people who are being abused.

“Last year, we targeted violence within the household because it is the majority of cases,” said Céline Cottalorda, Interministerial Delegate for Women’s Rights. “This year, we want to give the keys to decipher the mechanisms of manipulation of the perpetrators and show that violence can take different forms: psychological, verbal, sexual, economic or physical.”

The movement emphasises awareness of violence on both sides of the situation, that of the victim and that of those closest to them who may not know what signs to look for. The message is clear: To escape violence, people must already be aware that they are dealing with it.

“On the basis of testimonies of victims, we realise that often the first signs of violence are hardly visible or that we do not want to see them, then there is a real hold that is being put in place of which it is very difficult to get out of,” says Ms Cottalorda.

The 2021 campaign is being rolled out with numerous acts. First, there will be a screening of a short film that will be premiered on the 25th on Monaco Info and social media networks. The film, made documentary-style, features nine women and shows the gradual stages of manipulation taking hold, escalating until more tragic situations occur.

Posters will also be displayed in town, notably at the Fontvieille Shopping Centre where stands will be set up on 26th November from 10am to 6pm. Those manning the stands will be able to answer questions about what to look for and where to get help.

State services including DASO and Public Security associated with AVIP receive, informing and supporting victims; SheCanHeCan and Fight Aids Monaco for the operation ‘No to violence’, inviting men to take action against violence by coming to have their picture taken at their booth; the Soroptimist Club, Aux cœurs des mots, Zonta Club Monaco and Women World Leaders Monaco will also welcome the public with stands.

Additional operations taking place concurrently include a poster campaign on buses by Women World Leaders Monaco, while the Zonta Club Monaco will install tarpaulins on public benches and shoes on the stairs of St Charles Church. Cashiers at Carrefour will wear a badge in orange, the colour of the movement, and, finally, the Prince’s Palace, National Council, Oceanographic Museum will be illuminated in orange on the evening of 25th November.

For more information on the event, visit www.dfm.mc. For those who suspect abuse or are the victims of violence, an anonymous and free hotline has been set up free and round the clock on 0800 91 90 10.

Photo: Céline Cottalorda surrounded by the actresses of the film by Manuel Vitali, Communication Department