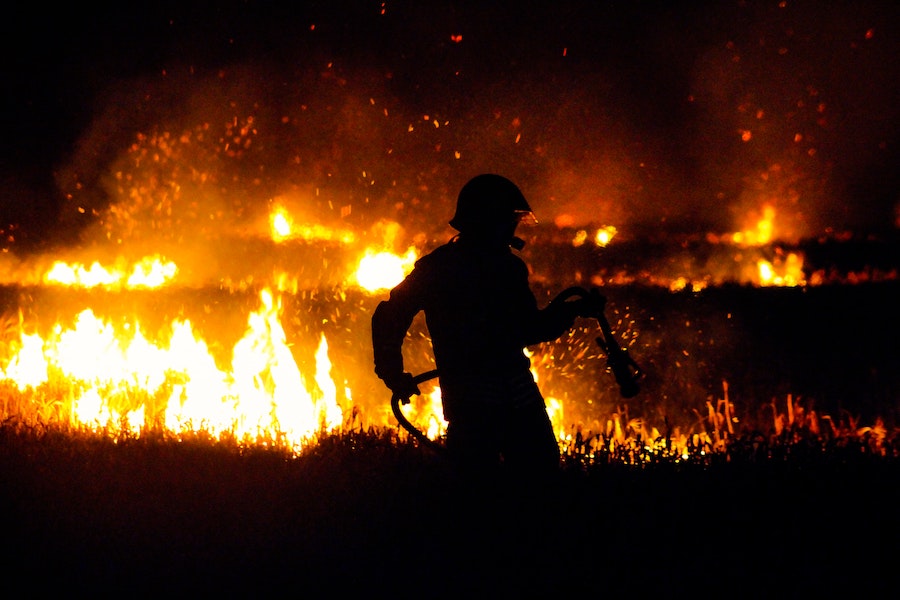 A forest fire in southern France has flared up, causing over a thousand people to flee their homes on Sunday, whilst rain in other parts of the country brought flames under control.

It has been a brutal summer in France. This year will go down in the record books for off the charts temperatures, major drought conditions and horrendous forest fires.

One such fire is in the southern Aveyron region, which has blazed since last Monday and appeared to be waning by Saturday when it suddenly regained strength and reignited in what the local prefecture called a “virulent manner”, burning through over 500 more hectares of land.

An estimated thousand people were evacuated from the village of Mostuejols and six other nearby hamlets, the prefecture said. Roughly 3,000 inhabitants had already been asked to leave due to the fire but were allowed back when it first appeared to be under control. No casualties are associated with the fire, but it has burned a total of 1,260 hectares so far.

The fire is thought to be accidental, caused by a local man whose car had scraped the road, sending sparks into tinder-dry vegetation.

Meanwhile, the situation in the region around Bordeaux has improved thanks to overnight rain where a huge fire has been raging since last Tuesday.

The situation “considerably improved during the night,” Arnaud Mendousse of the Gironde fire and rescue said, adding that there had been between 10 and 30mm of rain in the region but on “terrain that is extremely dry”.

He made clear the threat is far from over, though. “We know that this offers a respite but does no signify an end to the fight. We know that if it does not rain in the next 48 to 72 hours the risk will increase considerably.”

In the northwest Broceliande forest region of Brittany, a mythical place where King Arthur is said to have roamed and where wildfires are a rarity, a fire was contained after rain fell overnight, but remained under watch after burning through 400 hectares, officials said.

Sunday’s rain over a large part of France has improved not only the fire situation but has brought temperatures down and raised humidity levels, making daily life for people much more manageable.