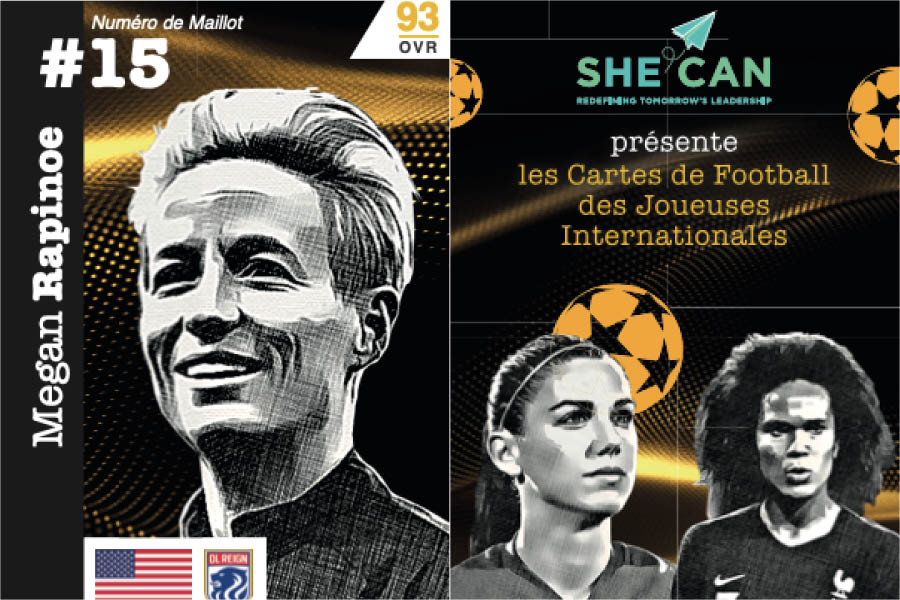 Monaco-based association SheCanHeCan has launched a series of collectable football cards featuring only women players to mark the annual International Day of the Girl on 11th October.

SheCanHeCan is a Monegasque organisation that aims to inspire and support girls to take leadership roles, and it is presenting its first series of all-female collectable football trading cards.

Each pack has 24 cards featuring a selection of the 100 highest-ranked women players in international football. Five hundred packs in French will be available for €10 starting on 11th October, which is also the 10th anniversary of the International Day of the Girl.

Trading cards featuring male athletes have been a staple for decades, but less common are cards featuring the most popular female stars. This lack of representation, says SheCanHeCan, means that “children do not value female football as much as male football, which is reflected through a lower participation in this sport, even though research has shown that playing football increases self-confidence in girls.”

With this new initiative, the charity hopes to increase the visibility of women in sport and challenge the long-held norms.

The Committee for the Promotion and Protection of Women’s Rights and the ASM Female Football Team are partners in this project. By focusing on female sports and athletes, they aim to encourage young girls to take up or continue sports to bust the stereotypes and show that women athletes can prove to be just as sought after as their male counterparts.

For more information on the charity or to purchase cards, contact the Director of SheCanHeCan, Vibeke Thomsen at vibeke@shecanhecan.org