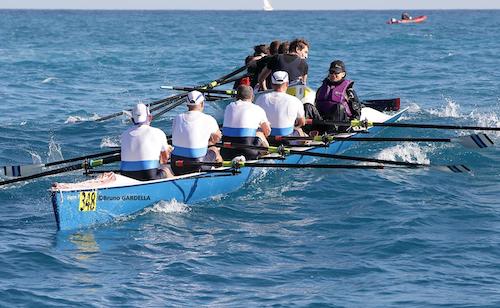 Rowers and fans of rowing, take note… details have been revealed for this year’s newly revamped Prince Albert II Challenge, and the focus has switched from regional to international racers, thus drawing the best from around the globe.

President Jean-Marc Giraldi made the announcement in the VIP Lounge of the Water Company, saying that the event, scheduled for 29th and 30th November and organised by the Nautical Society of Monaco, has already attracted the attention of some of the world’s best athletes.

Thursday 28th is set aside for crew and individual training and registration. Friday the qualifiers run from 8:30am to 6pm and on Saturday the finals go from 8:30am to 5pm, all taking place in the Bay of Monaco.

The competition will be broadcast live on YouTube and a big screen will be set up in the port. Four cameras, including one mounted to a drone, will follow every second of the action.

After the winners have been declared on Saturday, a prize ceremony will take place followed by a ‘Rower’s Evening’ of mixing, mingling and no doubt the telling of war stories from the day.