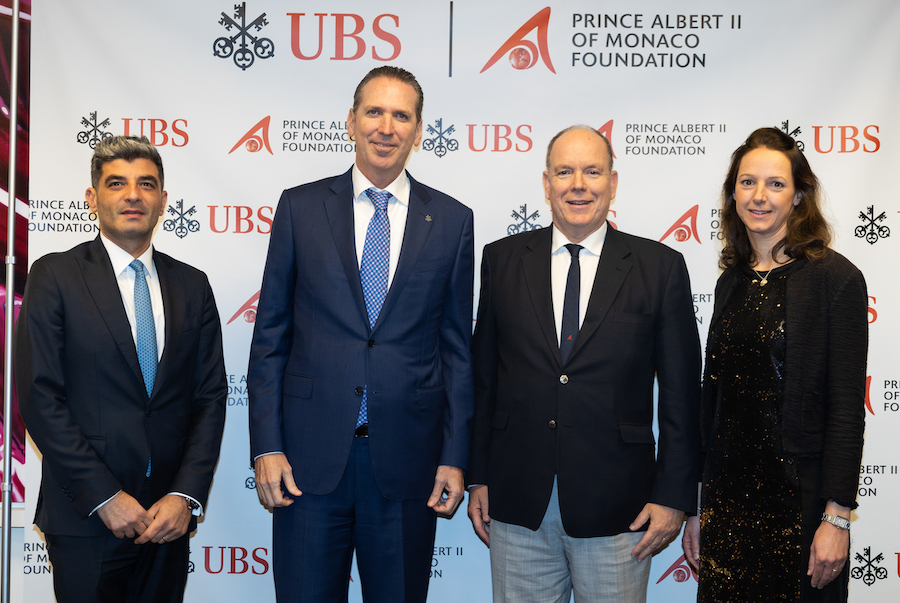 The Prince Albert II of Monaco Foundation has joined forces with UBS Optimus Foundation Europe and UBS Monaco to accelerate climate action and strengthen marine mammals’ protection in the Mediterranean.

Projects supported through this alliance will be dedicated to promoting the reinforcement of marine protected areas and no take zones as well as the restoration of coastal ecosystems. Special attention will be given to the protection of marine mammals, conservation of biodiversity and resilience to climate change, but also to the engagement of coastal communities.

“Joining forces with UBS Optimus Foundation Europe and UBS Monaco, with whom we share the same vision of impactful philanthropy, is an honor for the Foundation,” said Olivier Wenden, Vice-President and CEO of the Prince Albert II of Monaco Foundation. “Accelerating collaborations and scaling-up solutions for a greater preservation of marine species and ecosystems is vital to tackle the issue of climate change. That is why this support is so meaningful for us in our mission to progress ocean and planetary health.”

The collaboration takes place in the framework of the Pelagos initiative launched in 2021 by the Prince Albert II of Monaco Foundation alongside its partners WWF, IUCN and Medpan, with the aim to strengthen conservation projects within the Pelagos Sanctuary.

The Pelagos Sanctuary is a marine territory of 87,500 km2 in the waters of the Principality of Monaco, France and Italy. The Sanctuary is home to a remarkable biodiversity, with many species of marine mammals such as dolphins, cachalots, and fin whales.

“We are delighted to be partnering with the Prince Albert II Foundation to raise awareness of and funds for the Pelagos Initiative which is advancing credible, scalable solutions to protecting marine areas,” said Alejandro Velez, UBS Country Head Monaco and Head FIM Europe. “Together, we can make a bigger environmental impact and, in support of this important goal, UBS have committed to add a minimum 10% match to all client and employee donations.”

On 29th September, an exclusive event was organised for the launch of the partnership, at the Monte-Carlo Bay Hotel and Resort, addressing conservation issues in the Mediterranean Sea and better protection of marine mammals. The high-level panel event started with welcome remarks from Olivier Wenden and Alejandro Velez, followed by discussions with Suzanne Gallon, Scientific Manager at MedPan, Hannah Wood, Program Director Climate and Environment, USB Optimus Foundation, and Marco Lambertini, CEO of WWF.