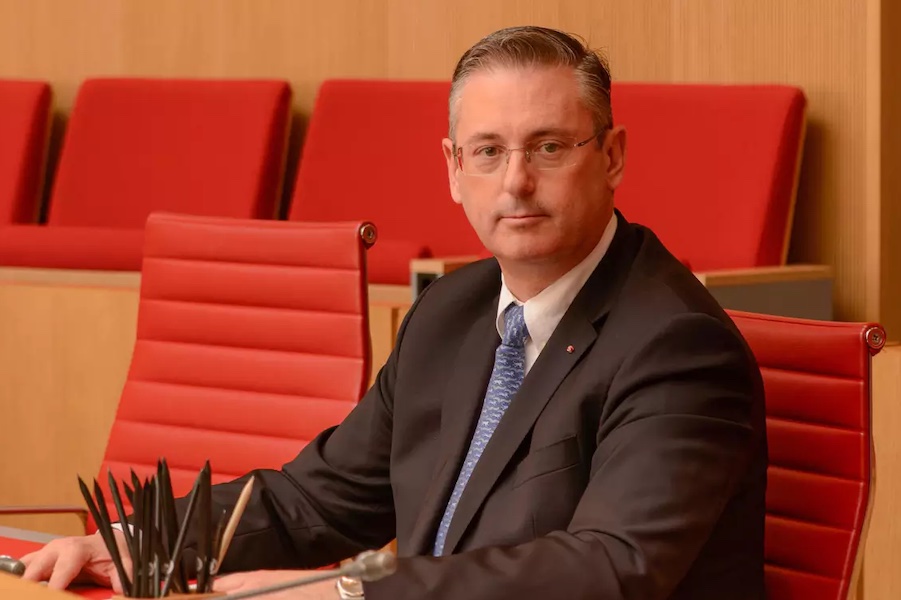 The Palace has announced that that CHPG’s Head of Nephrology and Director of the Hemodialysis Centre Christophe Robino will be taking the reins from Didier Gamerdinger as health minister.

Known to be an attentive and caring doctor, Christophe Robino has been a fixture in the Monegasque medical world, showing patients a cheerful disposition and needed reassurance.

Now he is taking on an entirely new role in a whole new milieu. The Palace formally announced on Thursday that Robino will be the Principality’s new health minister, effective 20th April.

The release said, “By decision of S.AS. the Sovereign Prince, Mr Christophe Robino, Doctor of Medicine, specialist in Nephrology and Medical Resuscitation, current Head of Department at the Princess Grace Hospital Centre, is appointed, as of 20th April 2022, Government Advisor-Minister of Social Affairs and Health. He succeeds Didier Gamerdinger, who held this position since 1st June 2017.”

Robino has been Head of Nephrology since 2006, but has held various other positions, such as Medical Director and Nephrologist of the Haemodialysis Centre, President of the Union of Hospital Practitioners, member of the Board of Directors of the CHPG, Vice-president of the Council of the Order of Physicians, Member of the Improvement Committee of the Scientific Centre of Monaco, National Councilman, and President of the Commission of Social Interests and Various Affairs.

This remarkable roster of postings and positions, daunting to almost anyone, was something Robino has taken in his stride over the years and even relished.

As a young intern, he worked at the Pasteur Hospital, the Antoine-Lacassagne Center and the L’Archet Hospital. A graduate of specialised studies in nephrology and additional specialised studies in medical resuscitation, Christophe Robino was head of clinic-assistant at several Paris hospitals, namely Boucicaut, Foch in Suresnes, Broussais and Georges Pompidou.

Officer of the Order of Saint Charles, Commander of the Equestrian Order of the Holy Sepulcher of Jerusalem, French National Defense Bronze Medal holder, and International Blood Merit Medal recipient, Christophe Robino, 56, is married and the father of three children.

As for the outgoing health minister, the Palace suggests that Didier Gamerdinger will not be heading into obscurity and that the government has other plans for him.

“HSH the Prince warmly thanks Mr Gamerdinger for his work and his dedication at the head of the Department of Social Affairs and Health, whose mobilisation has been particularly exemplary for more than two years, to respond to the unprecedented health crisis which has affected the Principality and the world.

“Mr. Gamerdinger will soon be called upon to perform other functions.”