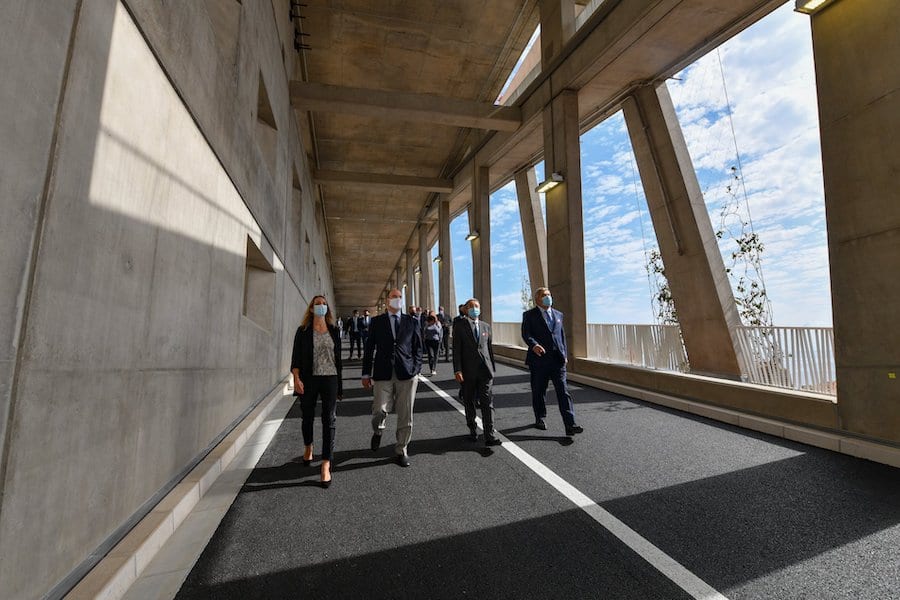 A new road and pedestrian walkway have been inaugurated as part of the upgrades being made at the Princess Grace Hospital.

The Princess Grace Hospital Centre (CHPG) is undergoing a number of building projects in order to expand and improve upon the services it already provides.

As part of the expansion and improvement scheme, a new section of road has been built to accommodate development of a site on the mountain side of the hospital. The 200-metre stretch spans from the entrance to the hospital to the exit of the tunnel at the level of Caroubiers to Tamaris. Additionally, a walkway has been created allowing pedestrian access from Avenue Pasteur, including signage to show visitors the way to enter.

The official inauguration of the two new admittance points was held on Wednesday, 30th September with Prince Albert II cutting the ribbon. Also in attendance were Pierre Dartout, Minister of State, Marie-Pierre Gramaglia, Minister of Equipment, Environment and Town Planning, and Benoîte de Sevelinges, Director of the CHPG.

The new hospital will house a campus of 103,000 square metres and will include state-of-the-art technical and operating suites as well as 470 beds. Environmental impact and bioclimatic design will ensure the building is energy efficient as well as eco-friendly. The current hospital will remain in operation during the building works, and the new site is expected to be fully completed by 2030.