New hybrid model a success for No Finish Line

New hybrid model a success for No Finish Line 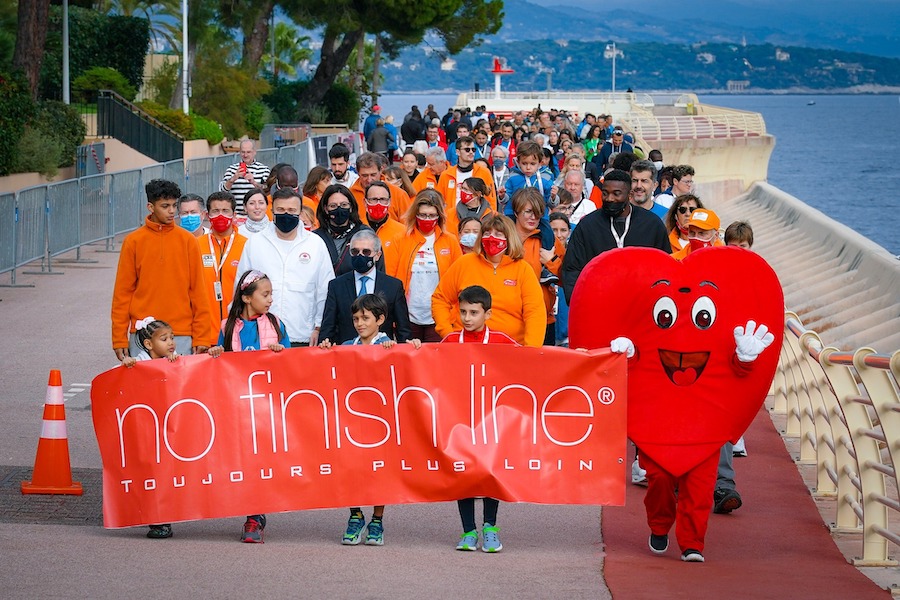 No Finish Line, the eight-day non-stop running and walking circuit raising money for charity, ended on Sunday with a grand total of 224,636 kilometres travelled, surpassing lasty year’s distance by over 10,000 kilometres.

The 2021 edition of No Finish Line (NFL) ended with a hugely successful turnout and distances surpassing last year’s totals by 11,596 kilometres. The grand total over the race was an astounding 226,636 kilometres.

With over 12,000 participants having taken part, the event drummed up support for the charitable association Children and Future, which aids in projects geared towards helping sick and disadvantaged children.

No Finish Line had a new hybrid format this year, allowing people to be a part of the action in Monaco on the 1,140-metre designated circuit as well as inviting runners who joined in remotely from various places around the globe. For each kilometre run or walked, €1 is raised for the charity.

The race was held from 13th to 21st November and during those eight days and nights, participants took to the course non-stop, with people on the track even in the wee hours of the morning when the rest of the world was tucked up in bed.

The final lap of the course in Monaco was a group effort, punctuated by a collection of children and the NFL mascot, a large heart, holding the No Finish Line banner in front of the hundreds of people who were amongst the last to finish the race.