New look for AS Monaco, but no win

New look for AS Monaco, but no win 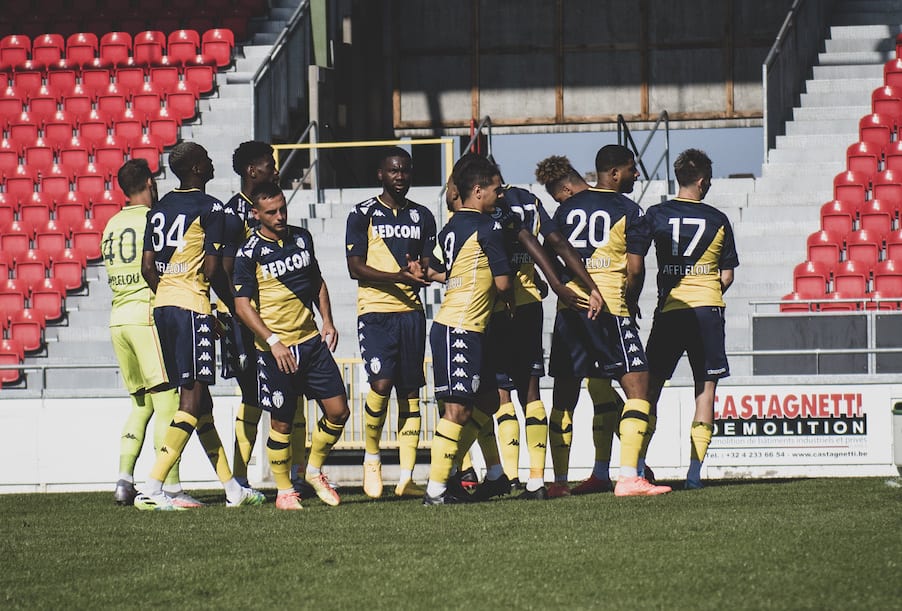 AS Monaco has rolled out new kit for both home and away games, but the new duds weren’t enough to hold off Liège on Wednesday night at the Stade du Pairay in Seraing.
Less than a week after dominating against Cercle Bruges, AS Monaco faced a heart-breaking loss in the last minutes of their preseason game against Standard Liège on Wednesday night in Belgium.
The Red and Whites were ahead for much of the game after a beauty of a shot by Willem Geubbels in the 19th minute. The game featured heavy rotations of players on both sides, with new head coach Niko Kovac making 10 switches in line-up by halftime. Liège’s Philippe Montanier caught up at the hour mark.
Monaco team members were sporting a new look with a design rolled out by Grace Kelly 60 years ago. The jerseys feature an elegant diagonal stripe and are in classic red and white for home games, and navy and yellow for away. Nevertheless, the new kit wasn’t enough to hold off their opponents.
The tide turned late in the second half of this friendly match when Felipe Avenatti scored back-to-back goals at the 88th minute and another at the 90th.
Coach Kovac is taking the loss in stride and using it as a learning opportunity.
“I hate losing a game,” he said, “but sometimes you can learn from a loss. This kind of loss in a friendly match can help the players realise the importance of good preparation in order to improve.”
“We have only had two sessions in two days, we can’t expect much from this match… But we have time available to prepare well and progress,” added the new coach. “We made mistakes today but that is part of the game, you have to learn from them and work to correct them.”
The team now heads to Poland on Monday for training camp.