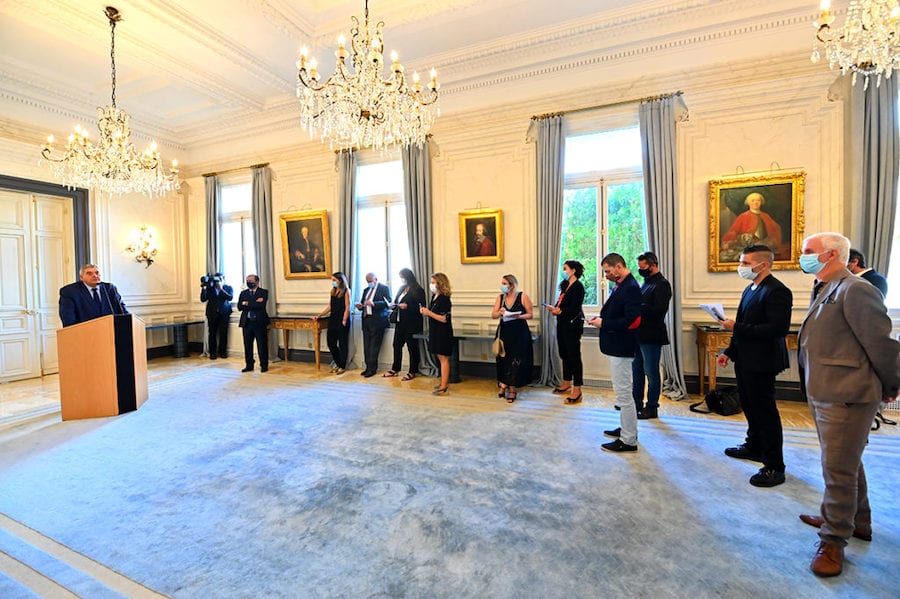 Monaco’s new Minister of State Pierre Dartout has spoken to the local press to lay out his plans for the future of the Principality.

Economic recovery, sustainability and Covid topped the list of priorities for Monaco’s new Minister of State as he spoke candidly to the press on Thursday 3rd September, adding that it was a “great honour” and “great pride” to have been selected by Prince Albert II for this post. Mr Dartout conceded that there will be considerable challenges ahead, but said he has a clear roadmap for the future.

66-year-old Pierre Dartout has had a long and distinguished career in public service, most recently as the Prefect for the Alpes-Maritimes region, before taking up the reigns of government in the Principality. He has five children, all boys, who were born in different cities due to his nomadic existence as he rose through the ranks, though he has found the most happiness in this region due in part to having spent idyllic holidays in the family home in the Var as a child.

In the Minister’s speech, he reasserted his priorities to align with those of Prince Albert, namely ecological issues, security and the economy. The Minister has a particular bent on security saying, “There is no freedom without security, there is no quality of life without security. This has been a strong priority here for years. The response is effective. It now remains to develop it and adapt it to the new phenomena of criminal activity.”

Minister Dartout has his work cut out with regard to the economy, though the government has thrashed out a recovery plan which is about to be presented to the National Council in the coming days. This plan, he hopes, will help the sectors most struggling from the fallout of the health crisis to bounce back, namely in the hospitality, cultural, construction and financial arenas.

The environment also presents some trials, with the minister saying: “One of the main challenges is the ability to produce new, renewable energies while saving energy, for example ensuring that homes are as economical as possible. Mobility is also a major issue: in our cities, most of the pollution comes from automobile traffic. Progress must therefore be made.”

He also made the not-always-obvious link between the economy and ecological issues saying, “We must not oppose ecology and economics. They must be reconciled. It is the role of public authorities to ensure this. Preserving the environment and combating different forms of pollution require new techniques that lead to economic progress. The environment is unquestionably a creator of wealth and jobs.”

The security-minded minister said that delinquency is “evolving” in Monaco and that “we must not stay in fixed positions but constantly adapt to the new situation in order to be able to respond effectively.”

Finally, at the end of his public speech, Mr Dartout made clear his support of the local press and their vital role in being a link between the public and the government, particularly in these extraordinary times.