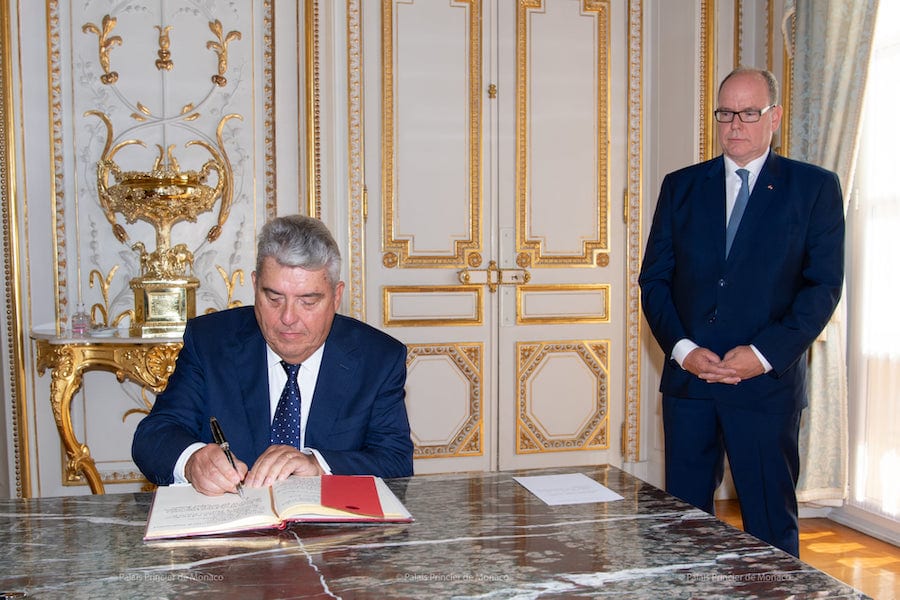 Prince Albert has outlined his expectations for the new Minister of State, Pierre Dartout, who was officially sworn in this week and chaired his first Council of Government on Wednesday.
The swearing in ceremony for the new Minister of State took place on 1st September at the Palace with the Sovereign Prince and all members of the Prince’s government and cabinet in attendance, as well as members of the Honorary Service of the Palace of Monaco.
After the ceremony, the Prince and his minister spent some private time together outlining the minister’s duties and prioritising the plans of action for the future per the advice of the Prince.
In a written address made public, the Prince stated that he would like Mr Dartout to focus on three main objectives whilst in office: sustainable development, security, and the “implementation of a recovery policy which takes into account the international situation”.
The letter goes on to cover each of the three points in great detail, giving the new minister a precise roadmap for the Principality and the years ahead. The Prince signs off with a vote of confidence, saying: “I know I can count on My Government, under your wise leadership, to stay the course.”


On Wednesday, Mr Dartout met with Stéphane Valeri, President of the National Council of Monaco, as well as the Presidents of the Commissions. He also chaired his first Council of Government.
Pierre Dartout was formerly the Prefect of the Provence Alpes Côte d’Azur region and took over the role of Minister of State from Serge Telle.