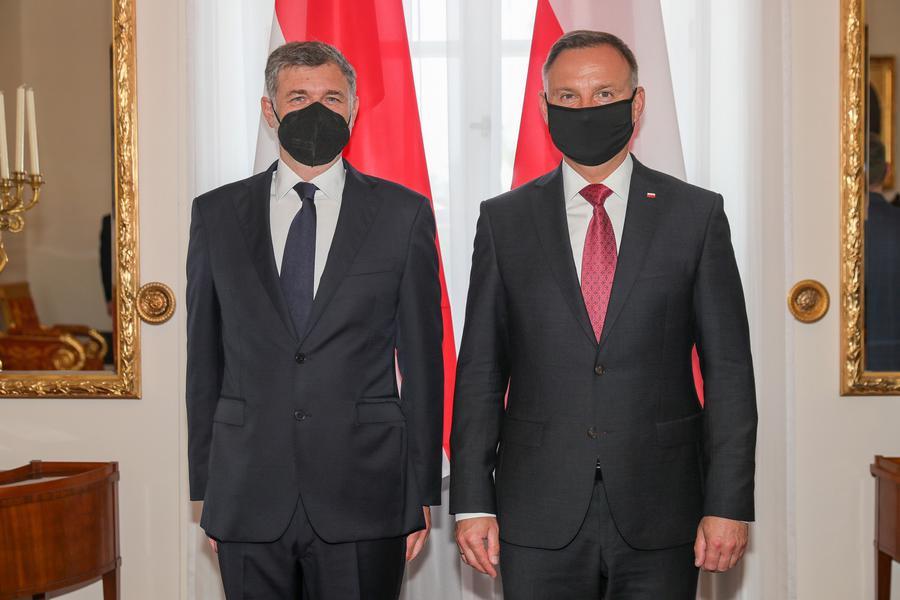 Frédéric LaBarrere has been accepted as the new Ambassador to Poland after offering his letters of credence to the President of the Republic in a ceremony at the Presidential residence in Warsaw.

The President of the Republic of Poland, Andrzej Duda, welcomed Monaco’s Ambassador to Germany, Frédéric LaBarrere, as the new Ambassador to Poland on 6th July.

A ceremony marking the event took place at the Belvedere Palace, the President’s residence in the Polish capital of Warsaw.

During the meeting that followed the ceremony, the new Ambassador expressed the desire to strengthen relations between Poland and Monaco. It also focused on the regional geopolitical situation in Eastern Europe. Poland will chair the upcoming Organization for Security and Cooperation in Europe (OSCE) conference, making this a pertinent topic. The important role of multilateralism in building a more secure world was also brought up.

Following the presentation of the Letters of Credence and as tradition dictates, the Ambassador placed a wreath at the Tomb of the Unknown Soldier in Piłsudski Square.

Prior to his accreditation, the ambassador, accompanied by embassy diplomats, had the opportunity to meet with the Polish Chief of Protocol as well as with several senior officials at the Ministry of Foreign Affairs in order to “discuss various subjects relating to relations between the two States.” Another meeting was also organised with the Honorary Consul of Monaco in Poland Tomaz Wardynski.