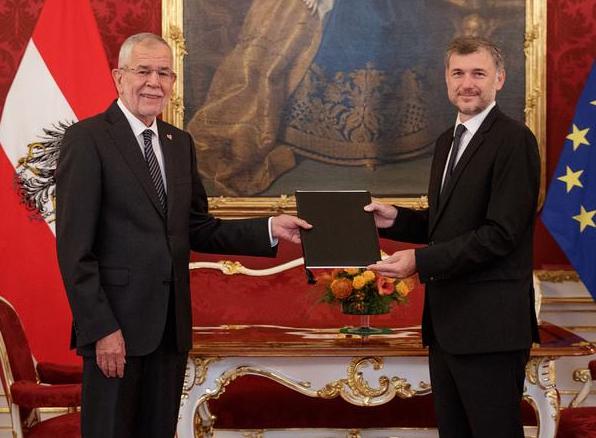 Andorra have welcomed new Ambassadorial representatives of the Principality to their nations.

The Federal President of the Republic of Austria, Alexander Van der Bellen, met with and accepted letters of credence from Frédéric Labarrère, Monaco’s Ambassador to Austria, on 30th September 2020 in Vienna.

The official ceremony took place the Hofburg Imperial Palace, the official residence of the Austrian President. After the ceremony, President Van der Bellen told local media that he was glad for Prince Albert’s ongoing support and commitment with regard to environmental protection, a shared focus.

He went on to share Austria’s ecological ambitions for the coming years, such as the goal to produce electricity from renewable energy sources by 2030 and carbon neutrality by 2040.

Meanwhile, the new Ambassador spoke of the ambitious projects taken on by the Monegasque government in this arena and expressed the hope that the two countries would continue to strengthen already close ties in future.

On 5th October, Christophe Steiner, Ambassador Extraordinary and Plenipotentiary of Prince Albert II of Monaco in France, presented his letters of credence to French President Emmanuel Macron, Co-Prince of Andorra with Maria Ubach Font, Minister of Foreign Affairs of the Principality of Andorra in attendance.

The ceremony took place at the Elysée Palace with upward of 30 other new Ambassadors taking part.

This is the second presentation of Mr Steiner as Ambassador to Andorra. He had a prior ceremony on 7thSeptember in Urgell, Spain, during which he delivered his official letters of credence to Joan-Enric Vives i Sicília, Archbishop-Bishop of Urgell and Co-Prince Episcopal of Andorra.

Photo: Alexander Van der Bellen, Federal President of the Republic of Austria and Frédéric Labarrère, Ambassador of the Principality of Monaco in Austria © Heeresbild und Filmstelle

Minister of State Pierre Dartout inaugurated the 8th Monaco Business expo on Tuesday, an annual event dedicated to helping entrepreneurs do business in the Principality.

Actis and Docaposte are now official partners and ready to help Monegasque companies in their journeys to a digital transition with the new online platform mademat.mc.

Monaco-based Panthera Solutions has again been named Best Financial Service Provider Europe, excluding banks, by the international magazine The European in its 2020 awards.