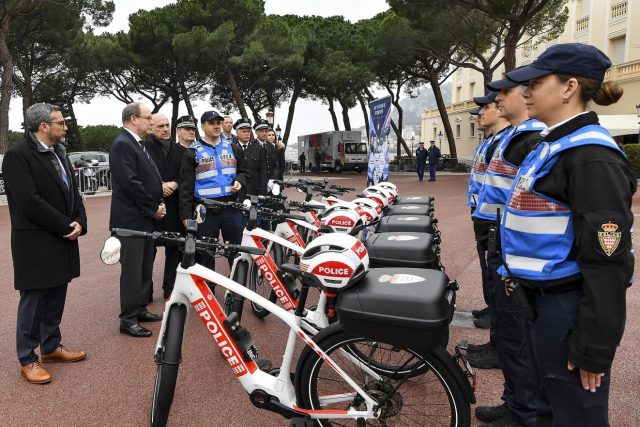 Prince Albert has congratulated the new Living Environment Preservation Unit (UPCV) at a special presentation at the Place du Palais.

The UPCV was created to ensure the safeguarding and improvement of living conditions for residents of the Principality. Therefore, they are particularly focused on making traffic more fluid, as well as combatting incivility on the roads and fighting undue noise pollution. Additionally, the unit is in charge of stopping people from illegally dumping waste.

The philosophy of the unit is not to be oppressors, but to keep improving the local living environment and standards to make sure Monaco remains a pleasurable place to live and work. Their hard work is paying off as, after only six weeks, there has been a significant effect on traffic flow. As a result, the 11 police officers who comprise the unit have been welcomed by the public with open arms.

The formal presentation was made last week by Brigadier Maxime Volto, Head of the Unit to the Sovereign Prince, as well as Christophe Prat, Director General of the Department of the Interior and Richard Marangoni, Director of Public Safety.