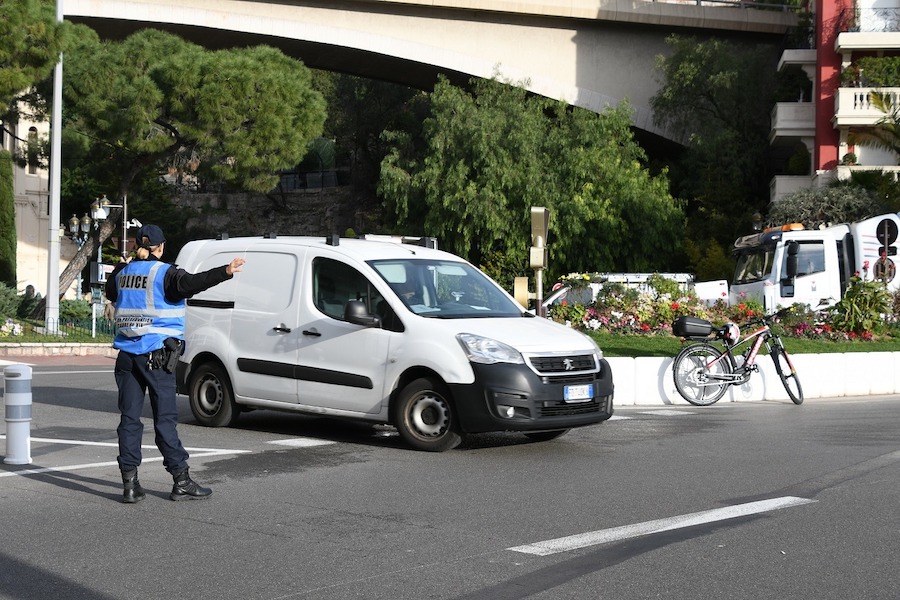 A new police unit has been introduced in Monaco and is tasked with easing traffic, controlling uncivil behaviour and fighting noise pollution.

The Living Environment Preservation Unit (UPCV) has been operating since 3rd February but was unveiled to the press on Tuesday 11th February by Minister of the Interior Patrice Cellario. The unit is composed of 10 police officers – seven men and three women – under the command of a senior officer.

The officers are easily recognisable in their light blue vests emblazoned with ‘Police’ and ‘Unité de Préservation du Cadre de Vie’ on the back.

The UPCV is attached to the Proximity and Security Section (SPS) and the officers selected have been trained in hand traffic practices. They are also equipped with electric bicycles “to ensure optimal responsiveness and reduce travel times”, according to the government.

The main mission of the UPCV is to manage traffic flow, particularly at peak times when they can be dispatched quickly at key sites.

They will also be responsible for controlling uncivil behaviour at hotspots throughout the Principality and for combating noise pollution. The officers will be equipped with sound level meters and will focus on public establishments as well as public and private construction sites. However, as the unit is only operational from 7.30am to 7.30pm, regular police officers will be responsible for enforcing noise levels in the evenings.

The UPCV will also assist in the fight against illegal dumping of waste from individuals or companies who fail to comply with regulations. This will be extended to things like dog excrement and cigarette butts, in an effort to maintain quality of life in Monaco. Fines of €37.50 will be issued, for example, to people who do not have their dogs on a lead.

Lifestyle & Wellbeing Cassandra Tanti - January 6, 2021
The vaccine rollout is being accelerated amid a worrying rise in Covid cases in the Principality. It comes as a second vaccine – Moderna – has just been authorised for use in Europe.

Lifestyle & Wellbeing Stephanie Horsman - February 17, 2022
Cyclists will be able to travel between Nice and Monaco easily on a new path, which is due for completion in 2023. It forms part of an overall plan to add 160km of new cycling routes to the region.