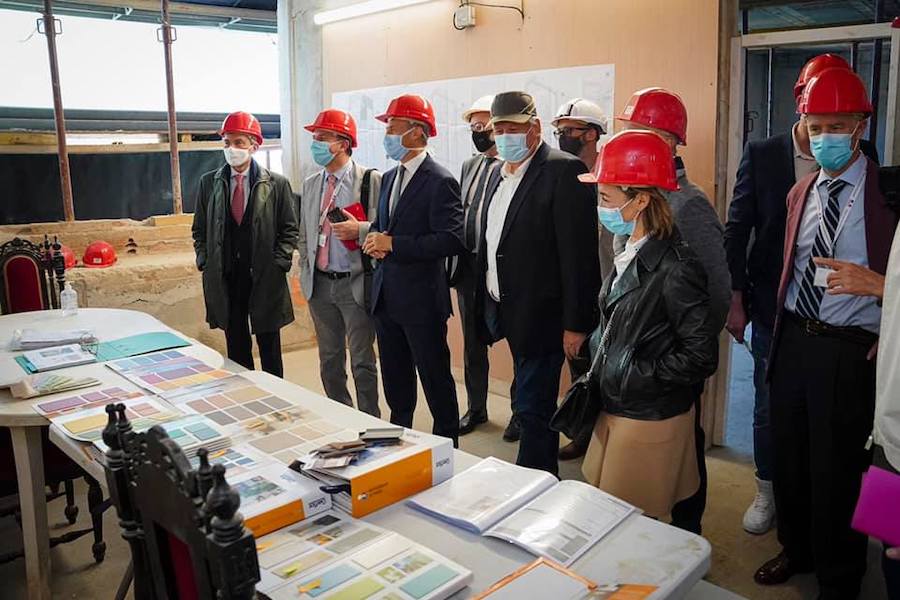 Health authorities have taken stock of the progress of a new psychiatry day centre for children and adolescents in Beausoleil. The much-needed establishment is due for completion by next September.
Young residents or students of the Principality with mental health problems are currently cared for at the Plati Centre and day hospital-type structures in France when places become available.
Due to a saturation of services in the Department of the Alpes-Maritimes, Monaco’s Department of Social Affairs and Health, the Lenval Foundation and the PACA Regional Health Agency decided to join forces to create a common structure of 35 places, including 17 for Monaco, in the municipality of Beausoleil.
Work began in June 2020 and is due to completed in September 2022.
“Mental health is one of the priority areas of the Prince’s Government, which attaches the utmost importance to acquiring the necessary means to implement its health policy, particularly in favour of children,” said Health Minister Didier Gamerdinger. “The implementation of this project attests to the close links between the Principality of Monaco and France.”
Didier Gamerdinger was joined at the site of the future psychiatric centre by Departmental Delegate of the Agency Régionale de Santé PACA Romain Alexandre, Director General of the Lenval Foundation Arnaud Pouillart, Director General of the Department of Social Affairs and Health Ludmilla Raconnat Le Goff, and Alain Laurent, Deputy Director of Public Works.