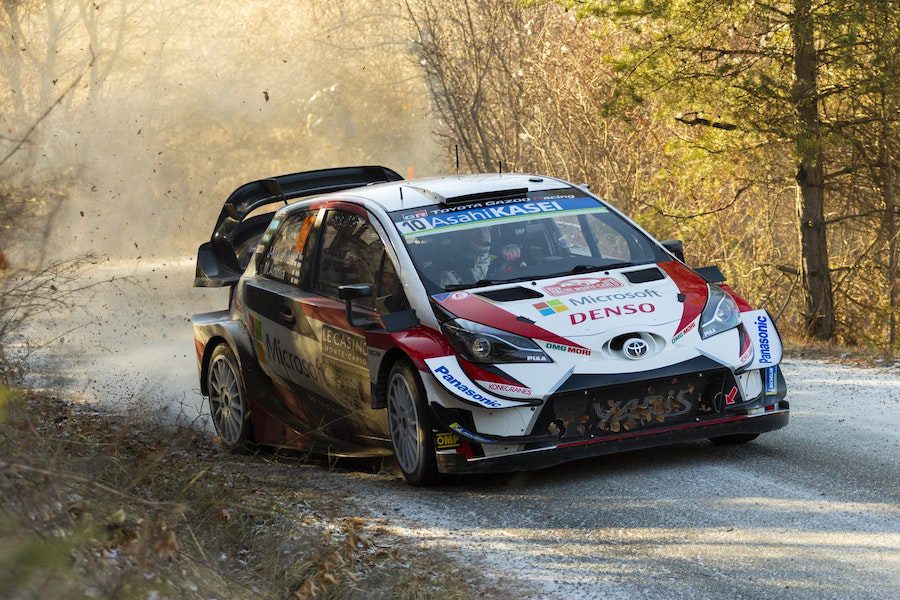 It has been announced that the 90th edition of the Rally Monte-Carlo will be hosted exclusively in Monaco for the first time since 2006.
The opening round of the FIA World Rally Championship’s exciting new hybrid era at 2022 Rally Monte-Carlo will have a new format for its 90th edition, with the Automobile Club of Monaco hosting several special stages that have not been driven for many years, eliminating the Gap leg and making the entire event more Monaco-based.
Running from 20th to 23rd January, a full 95% of the route will be different. There will be an emphasis on reliability and there will be no mid-leg service offered during the four days. Another feature is that, after leaving the morning service, work on cars must be done exclusively by crew members, using tools carried in the vehicle.
Thursday night sees the opening of the event in Casino Square, before participants head into the Alpes-Maritimes mountains for the Col De Turini segment, exciting as it is done in total darkness.
Luceram-Lantosque and La Bollène-Vésubie-Moulinet, which crosses the Turini and is the longest test of the event at 23.52km, add up to 38.83km of action.
The longest legs will be on Friday and Saturday and will have only one tyre-fitting zone between two loops of the stages. Friday is a gruelling 118.88km two loop, three stage event in the Mercantour. Saturday’s leg is 94.10 km going from Le Fugeret-Thorame-Haute then onto a double loop of the new Saint-Jeannet-Malijai leg before the Saint-Geniez-Thoard leg, which features the often icy climb up to the Col de Fontbelle. A tyre change in Digne-les-Bains provides the only break.
Sunday’s finale is in four stages running from the north-west of the Alpes-Maritimes and totalling 67.52km. The new La Penne-Collongues and Briançonnet-Entrevaux legs are repeated, with the latter forming the Wolf Power Stage before the Casino Square finishing ceremony, where the drivers will have completed 17 total stages covering 319.33 km.

Photo by Maxime Agnelli on Unsplash