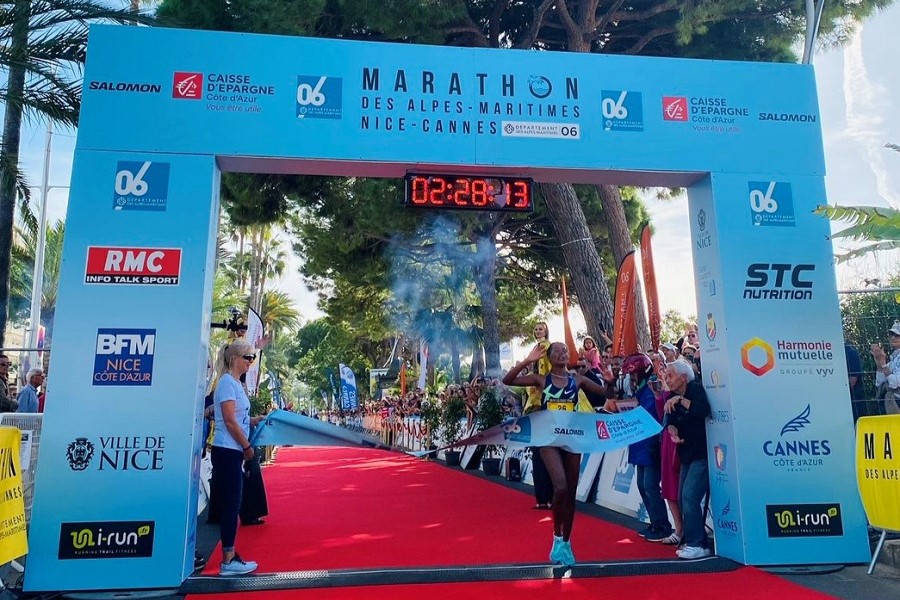 A new women’s record was set by Ethiopian Zenebu Fikadu this Sunday at the 14th Nice-Cannes Marathon, blowing the old one away by more than two minutes.

With over 10,000 participants, the Nice-Cannes Marathon is one of the biggest, most exciting running race events in the Alpes-Maritimes. This year saw the added bonus of a new women’s record being set by Zenebu Fikadu, who crossed the finish line in an astounding two hours, 28 minutes and 13 seconds, beating the old record of two hours, 30 minutes and 37 seconds.

The men’s race was a nailbiter, seeing a three-way contest between John Langat, Vincent Rono and Japhet Kosgei for much of the race. With only two kilometres to go, Langat took control, finishing the race in two hours, ten minutes and 25 seconds. Sébastien Lhuissier won first place in the disabled category, with a time of three hours 29 minutes.

The race brings together athletes from all over the world every year.