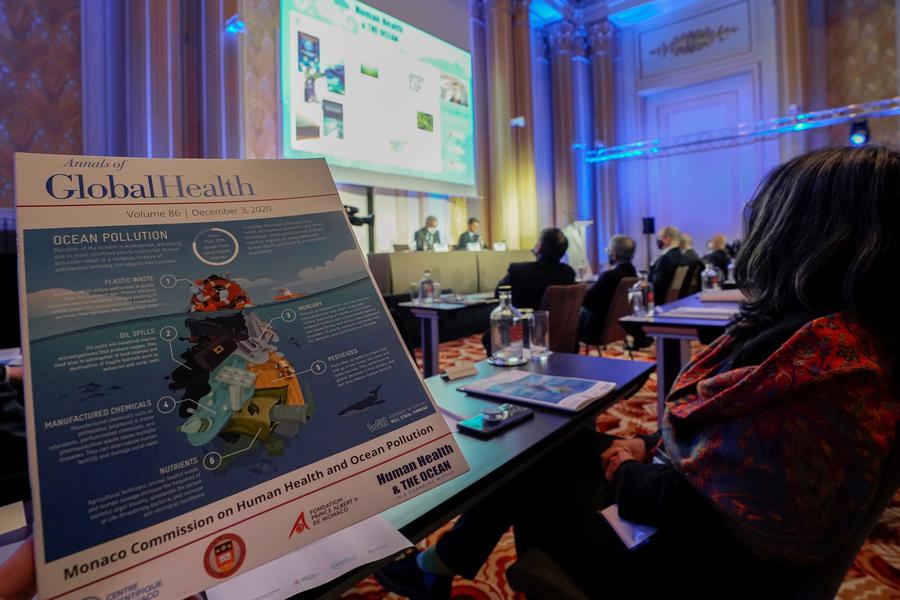 A report initiated by Monaco on the impact of ocean pollution on human heath has been presented, and its conclusions are worrying. However, it is not all doom and gloom.
Founded during Monaco Ocean Week 2019, the Monaco Commission on Human Health and Ocean Pollution met for the second time on Monday, when a report was presented highlighting the impact of pollutants on human health as well as presenting possible ways to limit the pollution of the seas.
Made up of 18 scientists who represent research centres or international organisations, the committee is chaired by Professor Patrick Rampal from the Scientific Center of Monaco (CSM), Professor Philip Landrigan of Boston College and chaired by Dr Hervé Raps, also of CSM.
The report had several major conclusions, including that ocean pollution is “widespread, worsening, and in many places poorly controlled”. It states the major source is human activity that releases unwanted wastes into the sea, and that over 80% of the pollutants come from land-based sources. Researchers also found that ocean pollution does not stay localised and can be found in places once thought to be pristine such as the abysses and Artic regions.
In addition, they found that ocean pollution has several negative impacts on human health and well-being and the effects are growing. From mercury poisoning in unborn foetuses and phytochemicals killing marine microorganisms that produce much of the world’s oxygen supply, to human waste runoff creating antibiotic resistance and accelerating the proliferation of life-threatening illnesses, the problem is real and imminent. The impact falls disproportionately on small island nations, indigenous communities in the far north, coastal communities in the far south and fishing villages the world over.
It’s not only humans who suffer. Marine life is also at high risk. Plastics are killing seabirds, fish and marine mammals whilst chemicals are destroying coral reefs and fish stocks, threatening the food security of millions.
The report was not all gloom and doom, though. The good news is that ocean pollution can be prevented and controlled through “targeted, data-driven strategies based on law, policy and technology backed by strong enforcement.”
At the end of the meeting, a public presentation of the Monaco Report and Declaration was made by Professor Landrigan.