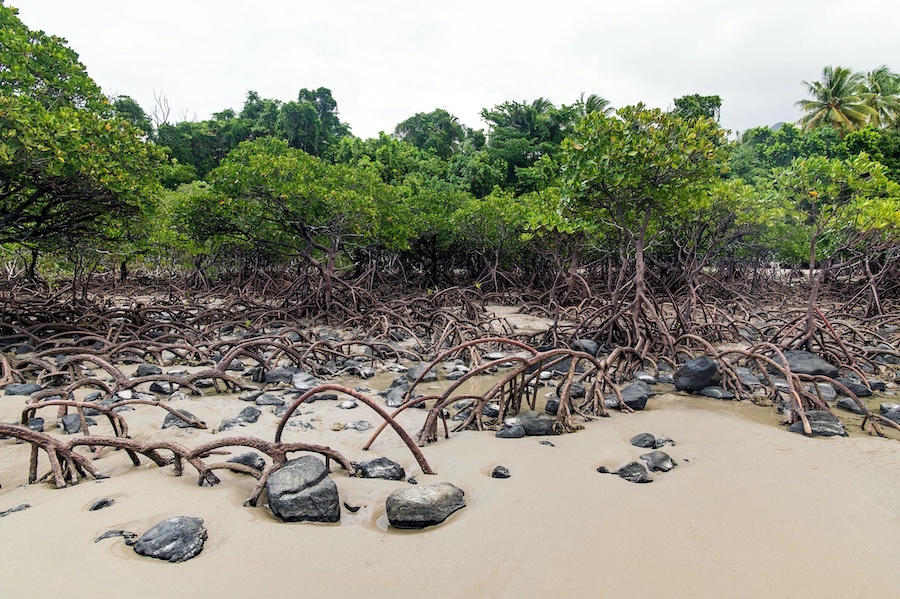 Restoring coastal vegetation, commonly called “blue carbon” habitats, may not be working in quite the way it was hoped it would, according to a new report by researchers, who are calling the practice “risky”.

The restoration of coastal areas such as mangroves, saltmarshes and seagrasses have long been thought useful in the removal of large amounts of carbon dioxide from the atmosphere. But scientists from the University of East Anglia (UEA), the French National Centre for Scientific Research (CNRS) and the OACIS initiative of the Prince Albert II of Monaco Foundation are challenging this view after completing a study which has just been published in the journal Frontiers in Climate.

It identifies seven reasons why carbon accounting for these coastal ecosystems is not only a big challenge but may also be harmful. They include the high variability in carbon burial rates, continued vulnerability to climate change, and fluctuations in methane and nitrous oxide output. The researchers also assessed the costs of these restoration projects.

“If you want to have extra carbon removal, you need extra habitat, and the scope for restoration is limited. Many of these sites have been built on, for coastal settlement, tourism and port development,” said Lead author Dr. Phil Williamson. “Nevertheless, we believe that every effort should be made to halt, and wherever possible reverse, the worldwide loss of coastal vegetation. That’s because blue carbon habitats are more than carbon stores – they also provide storm protection, support biodiversity and fisheries, and improve water quality.”

As more countries and businesses pledge to reduce carbon footprints, knowing what actually works and what doesn’t is important.

“If we use these ecosystems for carbon offsets in a major way, expecting that they would remove up to, say, 100 gigatonnes of carbon dioxide over the period 2025-2100, but find they only remove 10 or maybe just one gigatonne of CO2, then climate tipping points could be crossed, with really serious consequences,” said Dr. Williamson.

“Restoration should therefore be in addition to, not as a substitute for, near-total emission reductions. Where coastal blue ecosystems restoration projects are carried out primarily for carbon removal, they need to include comprehensive long-term monitoring to verify that the intended climate benefits are being achieved.”