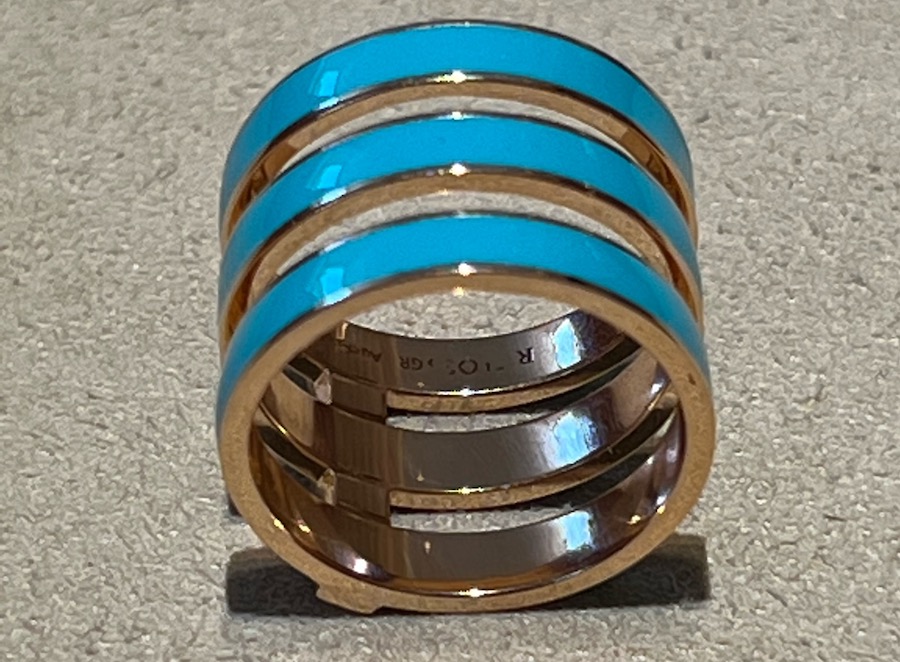 Renowned local jewellers Repossi has created a Barbere Chromatic Ocean ring that it will sell and give the profits to the Prince Albert II of Monaco Foundation, in turn aiding ocean conservation efforts.

The ring, in pink gold and aqua blue lacquer, has a sale price of €3,000, and will be available to order until 31st December from the Repossi Monaco Flagship in Square Beaumarchais.

To mark Monaco Ocean Week, whilst consolidating their commitment to ocean preservation, an engraving reading, “Together for a healthy ocean” will highlight that message.

All benefits from the limited edition, ocean coloured ring will go towards the Prince Albert II of Monaco Foundation, whose eco, sustainable agenda prioritises actions that seek to protect our planet’s waters.

Repossi has a long history in Monaco, where they opened their first boutique in 1978. The legacy of Repossi brand has passed through three generations, and is now entrusted to Gaia, the current artistic director.

She has a history of creating rings in support of causes that she is passionate about. For example, Repossi released a ring following the Beirut explosion in 2020, whilst the Chromatic Sapphire collection was released in collaboration with the Moyo Gems Organisation to serve women’s visibility in the gemstone industry.

This time, Repossi is supporting a cause dear to both Gaia and to Prince Albert, in giving visibility to, and raising funds for the fight to save the oceans.