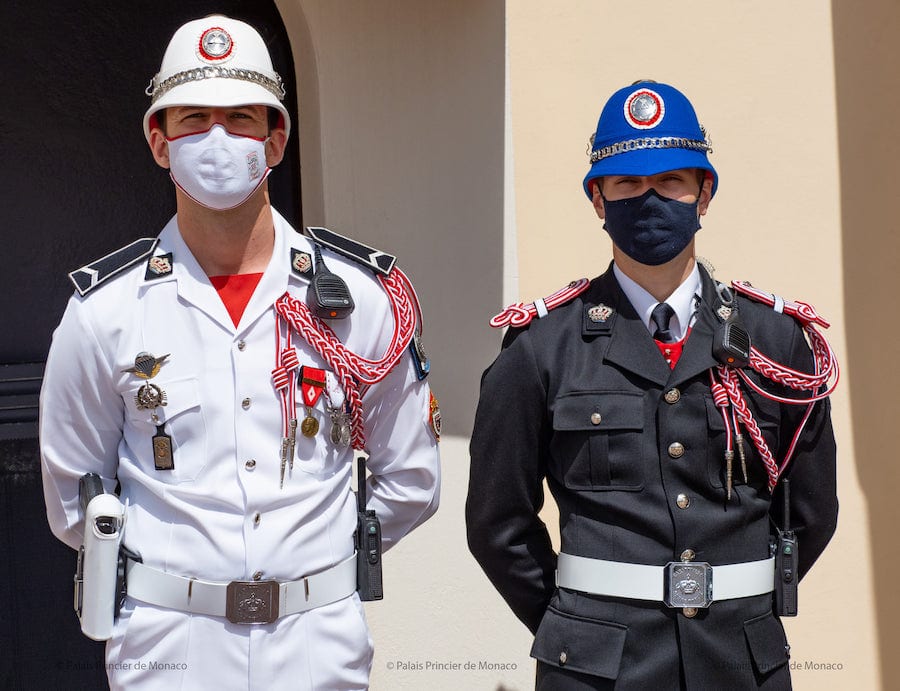 The Prince’s Carabiniers guarding the Palace have adopted a new look for the summer season. But do you know the story behind this long held tradition?
On Monday during the Changing of the Guard, which takes place every day at 11:55am sharp, the Compagnie des Carabiniers de SAS le Prince changed their uniforms from warm, dark winter blues to a lighter, white uniform, better suited to the summer season.
The change of outfits according to the seasons was established during the creation of the Compagnie des Gardes (1870 – 1904). The Compagnie des Carabiniers du Prince, which succeeded the “Papalins”, took up this tradition in 1904.
The Superior Commander of the Public Force then proposes a date to the Sovereign Prince, who puts it into action.
For the change to winter uniform, the day chosen is traditionally a Monday in the month of October, depending on weather conditions.
The same principle applies to the switch to summer outfits, which lands on the Monday before the Grand Prix.
Since their creation on 8th December 1817, the Prince’s Carabinieri have been tasked with ensuring the Guard of the Palace, the safety of the Sovereign Prince and the Princely Family, the integrity of his properties or residences and of their immediate surroundings, to provide him with honorary services, to ensure the execution of the laws and to participate in the maintenance of public order.
La Relève is a solemn, military ritual where coordination is essential. The motto of the Carabinieri Corps is “Honor, Fidelity, Dedication”. Currently, it consists of 124 soldiers.